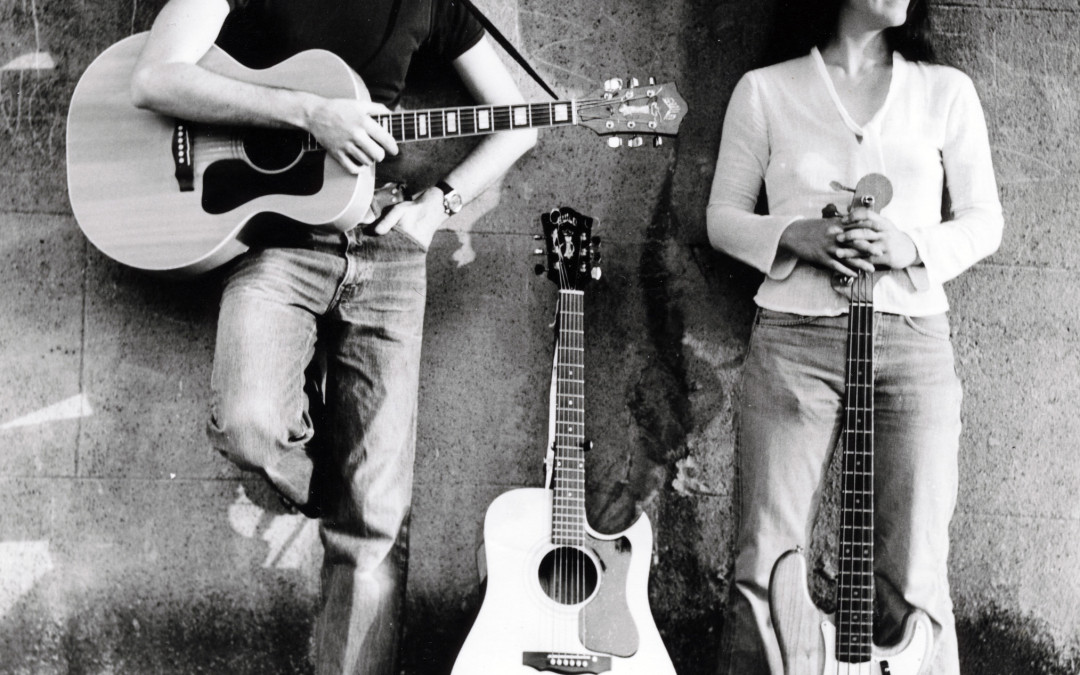 Southern English duo Hot Vultures – Ian Anderson on guitar, slide guitar and vocals and Maggie Holland on bass guitar, banjo, guitar and vocals – were one of the hardest working and popular outfits on the UK and European folk and college circuits of the 1970s. They mixed up a naturally Anglicised selection of old American roots musics from the 1920s, ’30s and before – early blues, pre-country, old-time music – with UK traditional music, acoustic R&B and a few originals, all played with energy, taste, enthusiasm and a genuine love of the sources.

They worked everywhere from smoky Continental dives to the Copper Family’s monthly Sussex folk nights, from college rock gigs to early Cambridge Folk Festivals, and even had a bit of a following among people from the emerging mid-’70s punk scene as well as adventurous folk fans, possibly because they tended to play things rather fast and (acoustic) loud!

They made three albums in the UK, the first of which was also released by EMI Belgium and the third (Up The Line) in the USA, very unusual for UK folk names in that era. They collaborated on them with guest musicians like Martin Simpson (with whom they also toured as The Scrub Jay Orchestra), Pete & Chris Coe, Al Jones and many more. Eventually the duo expanded into the English Country Blues Band and later the ’80s electric ceilidh band Tiger Moth. Their albums were anthologised on the ‘best of’ CD compilation Vulturama.

Ian Anderson had begun his career in the late ’60s blues boom before releasing three solo LPs as Ian A. Anderson on the now cult ‘psych folk’ label Village Thing; in more recent years – when his day job permits – he has been in the duo The False Beards with Ben Mandelson. Maggie Holland subsequently blossomed as a solo artist and songwriter, whose songs have also been recorded by June Tabor and Martin Carthy (her A Place Called England was a Song Of The Year winner in the BBC Folk Awards) and is also currently playing in The Broonzies with Jez Lowe and others.

In 2016 they are re-uniting for one summer only, for the first time (apart from a few one-off command performances) since 1984.

Vultures live! Hear a radio broadcast from KPFK Santa Monica in 1980 at soundcloud.com/gftb/hot-vultures-on-kpfk-1980