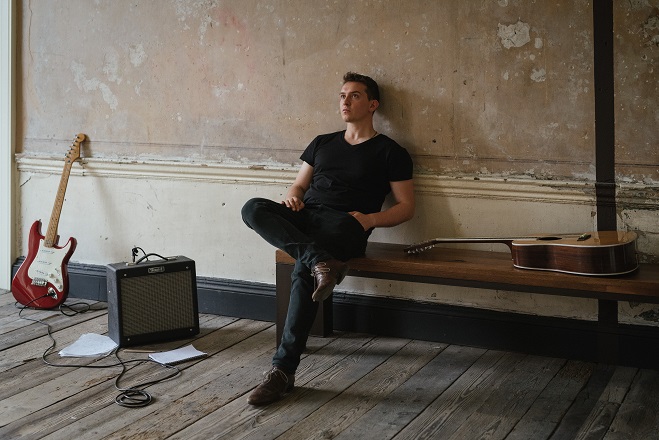 Irish raconteur, Hubert Murray, has a voice bursting from the soul. His songs feature lost loves, inner demons, compulsive liars & day dreamers, rounded out with a masterful hand over the fretboard. His performances embody all that is best in modern roots music, combining energy, soul and authentic storytelling. Joining him on this tour are two of Irish Persian fusion band; Navá. On 5 string banjo, Paddy Kiernan and on double bass, Niall Hughes. Their sound bows a head to the masters of melody and word such as; Tom Waits, John Martyn, Van Morrison, Laura Marling, Heaney and Bukowski.

Lost in a house of mix-tapes and stacks of old blues, folk & soul records, Hubert Murray sifted through each one, de-composing melodies under the wings of his older siblings. By the age of 14 he was performing on stages in pubs, lying about his age to get on stage. Today, Hubert is fronting two genre bending bluegrass bands and they continue to tour Ireland, UK & Europe. They’ve gained the reputation as some of the finest players & performers on the bluegrass scene. Hubert’s newest musical venture see’s him departing the familiar territory of bluegrass and developing his voice as an acoustic singer-songwriter. His latest work ‘Courage’ has brought him together with one of Ireland’s most in demand producers; Gavin Glass (Lisa Hannigan, Paul Brady, and Villagers to name a few).

“Hubert Murray is one to watch for. An inspiring songwriter & a fine instrumentalist.”  – RTE Radio One