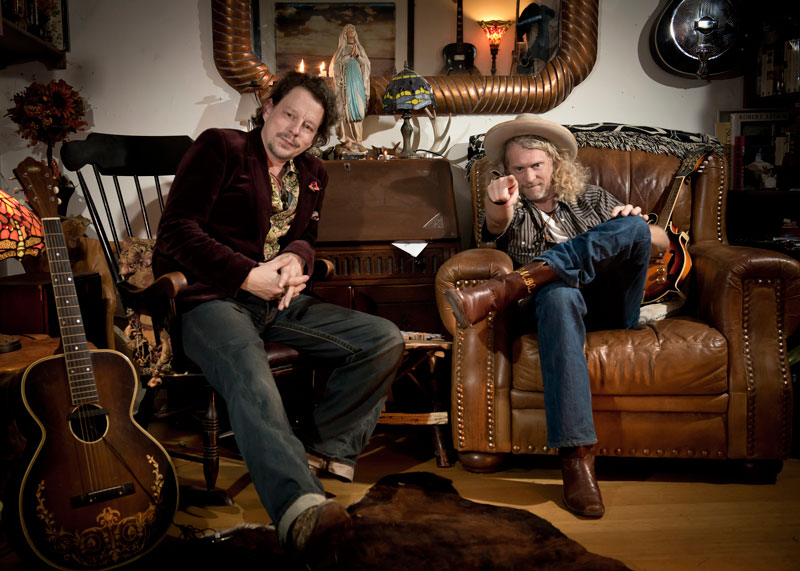 If your musical preference is a combination of roots blues and folk Americana delivered with irreverent humour and nuggets of folklore, then look no further. This transatlantic duo of multi-award winners ticks all the boxes, combining as it does the talents of the UK’s leading contemporary Bluesman, Ian Siegal, with the Grammy-nominated songwriter and multi-instrumentalist from Mississippi, Jimbo Mathus.

Siegal first met Mathus in 2013 when the latter dropped by the Zebra Ranch studio in Coldwater Mississippi to contribute some banjo and mandolin parts to a Siegal recording. The two discovered a shared passion for many of the same musical influences.

Now, when someone has found fame with a band called Squirrel Nut Zippers (as Mathus did when he formed this alt-Americana outfit), you know you’re in for something different! An almost overnight sensation, The Zippers played at the Second inauguration of President Bill Clinton and the 1996 Summer Olympics in Atlanta. Their albums achieved gold and platinum sales. Then, at their peak and in classic music industry style amid disastrous lawsuits, the Squirrel Nut Zippers were no more. Mathus went on to pursue a variety of musical projects. Among these, he toured and recorded with Buddy Guy (catalyzing the distinct approach of Guy’s “Sweet tea” album) and is a founding member of the South Memphis String Band.

For devotees of blues and Americana on this side of the Atlantic, Ian Siegal needs no introduction. He’s the eight-times British Blues Awards winner, European Blues Awards winner, and two-times US Blues Music Awards nominee. He’s sung with the prestigious ONJ orchestra in Paris, played in more than 40 countries, and among his latest albums is a BBC recording made at London’s Royal Albert Hall. His accolades include two from MOJO magazine for Best Blues Album of the Year – the only non-American to achieve this distinction.

Ahead of the tour the duo are releasing a 21-track album recorded during their debut tour in 2014.

Prepare to be entertained!