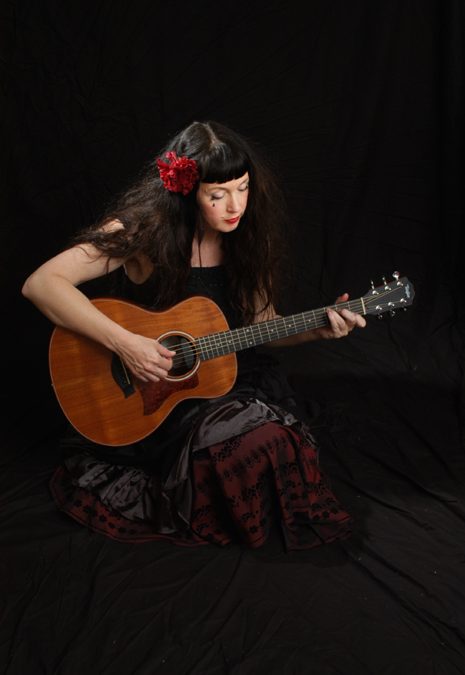 Inga Liljestrom is an award winning vocalist and composer originally from Australia.  Her music has been described as aural landscapes and her voice as otherworldy.  “It tears us,  this famous tremor in her voice like butterflies that travel furiously in our guts, as does the delicate vocals pierce us.” (etatcritique.com)
She has composed for film, TV and her voice has appeared on albums by Gotye, The Church, Carmen Rizzo to name but a few.
Tonight, Inga brings her brew of passion, love and loss in a solo set, featuring songs from her albums, including her most recent release in 2017 ‘We Have Tigers’ which garnered rave reviews. ” Inga, Anglo-Finnish born in Australia and Dolly Parton fan, Nick Cave or Townes Van Zandt, plays with her voice, sometimes dark or bright, heartbreaking or stripped. An album at once powerful, wild, intimate…” Rolling Stone, 4 stars.
‘…haunted country-noir…positively drips with goosebump-y atmosphere.’ (bmamag.com) 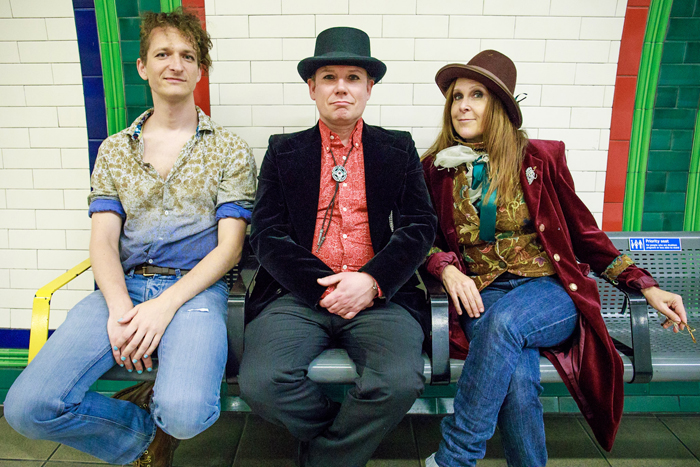 Nicole Skeltys and The Disenchanted are a London based art-rock folk band for the wise man and the fool, who have nothing to live up to.

Formed in 2018, the 4 piece has been gigging around London, performing tracks from Nicole’s latest album ‘Deal With Your Disenchantment’. ‘Disenchantment’ is Nicole’s 12th album, and is a 21st century woman’s response to Dylan’s classic albums of the ‘60s/ early ‘70s, all original material.

Nicole’s mercurial musical career started in the late ‘90s in Australia. In her seminal electro-femme duo B(if)tek (with Kate Crawford) she toured with the Beastie Boys, recorded with Twin Peaks chanteuse Julee Cruise, sold out the Sydney Opera House and headlined dance stages in festivals across the antipodes.

As the times they are a changin’, over the last decade, Nicole has been performing and releasing music in the folk/psychedelic/alt.country vein. Since  2007, she has been living in, and working with artists, in the USA and UK and she “has something to say”.

Her latest album ‘Deal With Your Disenchantment ‘is inspired by Bob Dylan’s classic albums of the ‘60s/early ‘70s. Started before Bob was granted his Nobel Prize for literature, the album was recorded in Los Angeles and London, and spans the last four years of Nicole’s life, containing: jangle guitars, heavy gold words that dangle and shine, referential/reverential wordplay, bitter judgements, Beat generation howls over barbie doll mandolins, country cougar twang, mellotrons, Brexit, Trump, Australia’s Final Solution and the public pillory of sexually mixed up guys who were all the rage in the ‘70s. Over folk-rock tunes that sound familiar, but aren’t.