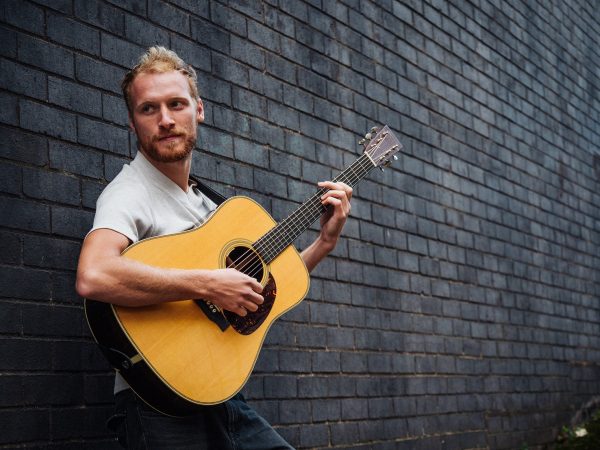 JACK BADCOCK: Singer and guitarist, Jack Badcock is a hugely experienced performer, having toured extensively around the world, predominantly as frontman and founding member of his award winning world-folk band Dallahan.

Raised in Co. Kilkenny, Ireland and later Yorkshire, splitting his first eighteen years between the two, before moving to Scotland to immerse himself in it’s traditional music scene, where he has lived since 2011, Jack feels no more tied to any of his three home countries than the next.

Over the last two years, between time on the road, he has focused his time at home in Glasgow on writing his own material and now draws on his performance experience to deliver a solo set of mostly original songs. These showcase his craft of thoughtful lyrics that explore human history, cosmology, personal experiences and questions about our world all delivered with a sensitivity clearly influenced by American folk, funk and soul music as much as traditional music from Britain and Ireland.