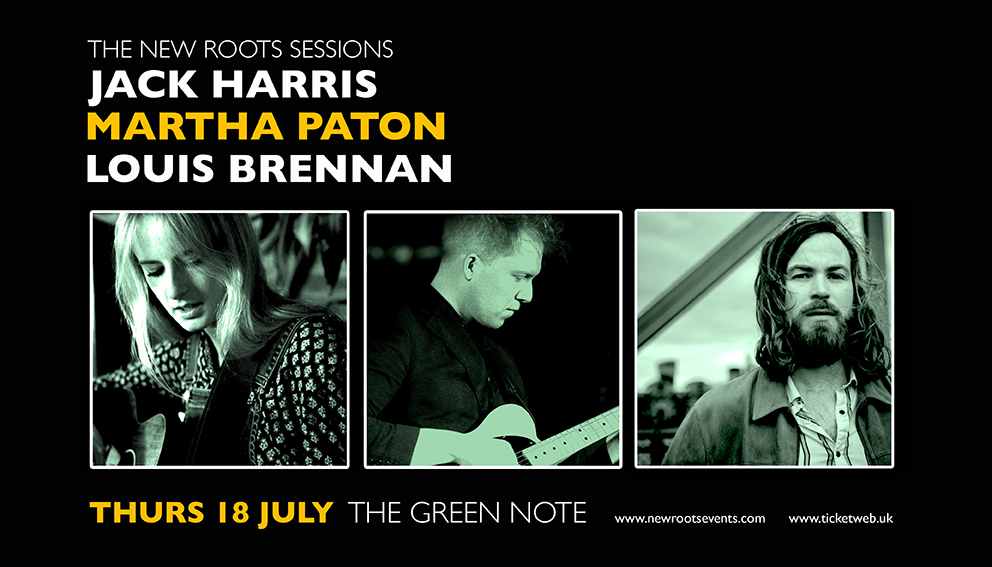 JACK HARRIS‘s songs take a compassionate look at things both common and uncommon, and see them differently. They are literate, curious, often in character, and always intriguing. His latest album, ‘The Wide Afternoon’, produced by UK folk giant Gerry Diver (Sam Lee, Lisa Knapp, Tom Robinson), was released in November 2016 to universal press acclaim. Jack was a SXSW showcasing artist at 17, and the youngest ever winner of the Kerrville Folk Festival’s New Folk Award in 2005 (previous winners include Gillian Welch, Devon Sproule and Anais Mitchell). He has been the recipient of the PRS ATOM award for new music creation, as well as an EFDSS creative bursary for songwriting.
‘Jack Harris is a priest of song who holds himself to a rigorous, ancient code of beauty most of us have forgotten exists.’ Anaïs Mitchell
‘A lyricist of great descriptive precision and a flair for revealing observation’ – Folk Radio UK
‘A unique lyrical mind’ – Q Magazine

‘A natural and captivating song writing talent, 5/5’ – The Telegraph

MARTHA PATON’s razor-sharp observations on modern life and how to survive it combine with a super-tight focus on what makes a great pop song to mark her out as one to watch. Armed with a set of all-killer-no-filler, superbly honed, fiercely intelligent songs that take their cues from Laura Marling, Regina Spektor, Margo Price and First Aid Kit, she comfortably goes beyond her influences to create something distinctly and defiantly her own.

London based Dubliner LOUIS BRENNAN is a singer-songwriter in the folk tradition. His folk however aren’t the field hands and travelling minstrels of yore but the repressed middle managers and ennui-ridden urbanites of late stage capitalism. They populate tales of bad sex, half-drunk commutes and interpersonal claustrophobia delivered in Brennan’s cracked baritone, at times intensely intimate, at times broad, peppered with pitch-black humour.
“A master storyteller with a voice like rolling thunder” GQ
“His ability to twist and turn a simple phrase can render the most innocent line into something utterly heartbreaking” CLASH
NEW ROOTS is committed to promoting events that shine a light on up and coming talent in the UK alt-folk scene. It’s committed to providing artists with an environment that is sympathetic to what they do, giving musicians the respect they and their music deserves – for this reason we ask for no talking and no use of mobile phones while artists are performing. Our music policy comes from the kitchen table, the roots of public performance- intimate, acoustic based, high quality musicianship with as little interference between performer and listener as possible.
Click here for New Roots Radio.