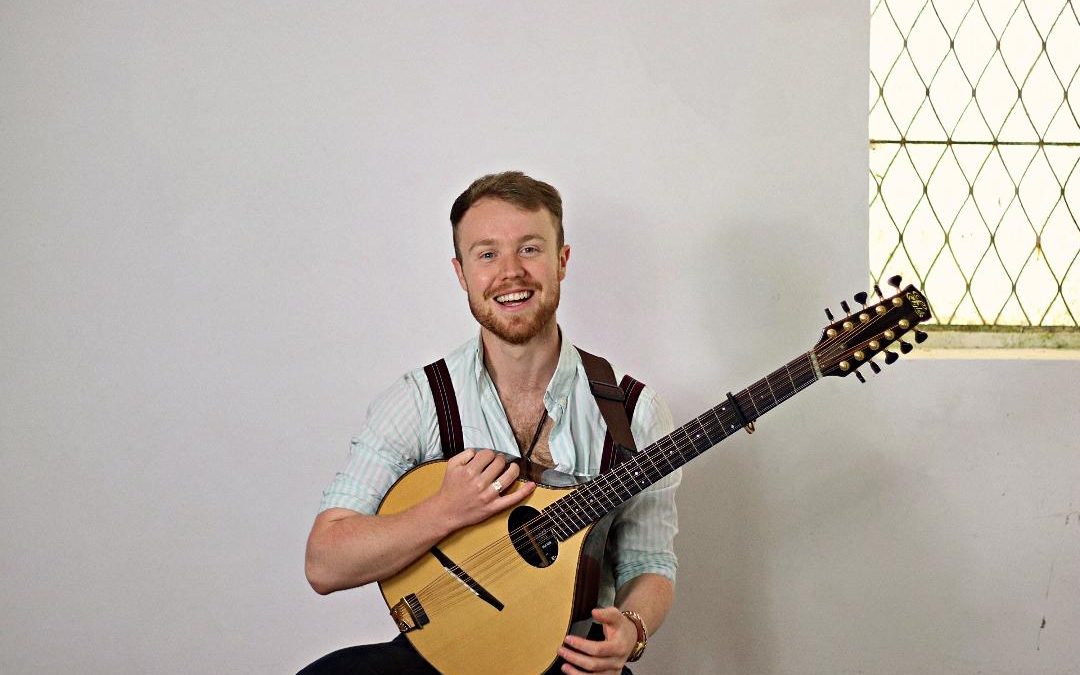 Gold of Scar & Shale, the second solo album from traditional folk singer and multi-instrumentalist JACK RUTTER will be available CD/DL from October 4th 2019.

Produced by Joe Rusby and recorded as live, the new album continues the stripped back approach of its critically acclaimed predecessor, Jack’s debut solo outing Hills. The songs on Gold of Scar & Shale are unearthed gems from the folk canon – almost all of them rare and many previously unrecorded – gathered from old song books and source singers as Jack uncovered material for this major new release of traditional song.

There is a strong sense of place on the new record too; over half of the songs have a connection to Jack’s native Yorkshire. The album title itself Gold of Scar & Shale comes from a line in one such track ‘The Hills of Longdendale’, with words written by ‘The Moorland Poet’ Ammon Wrigley (1861-1946). Jack says “to me Ammon Wrigley is describing the rough and bleak parts of the moorland with this line, the scar and the shale that is always nevertheless gold to him. I love this line and realised that for me it’s also a great metaphor for traditional songs; rough, stark and honest things that contain such riches. I found then that I’d stumbled upon the perfect title for this album, or at least one that I really loved anyhow.”

Jack grew up in the Holme Valley area of West Yorkshire, a place steeped in a wealth of traditional song, and following a BSc degree in Countryside Management at Newcastle University has forged a highly successful career playing music across the UK and Europe. In addition to his acclaimed solo work, Jack has become a highly sought after collaborator for a host of the biggest names in folk music such as Seth Lakeman, Sam Sweeney and Jackie Oates as well as performing in the celebrated instrumental trio Moore Moss Rutter.

The release of his forthcoming album however is set to confirm his place as a solo artist, singer and performer of traditional songs first and foremost. By shining a light on these original sources and singers, with Gold of Scar & Shale Jack has crafted a collection very much his own.