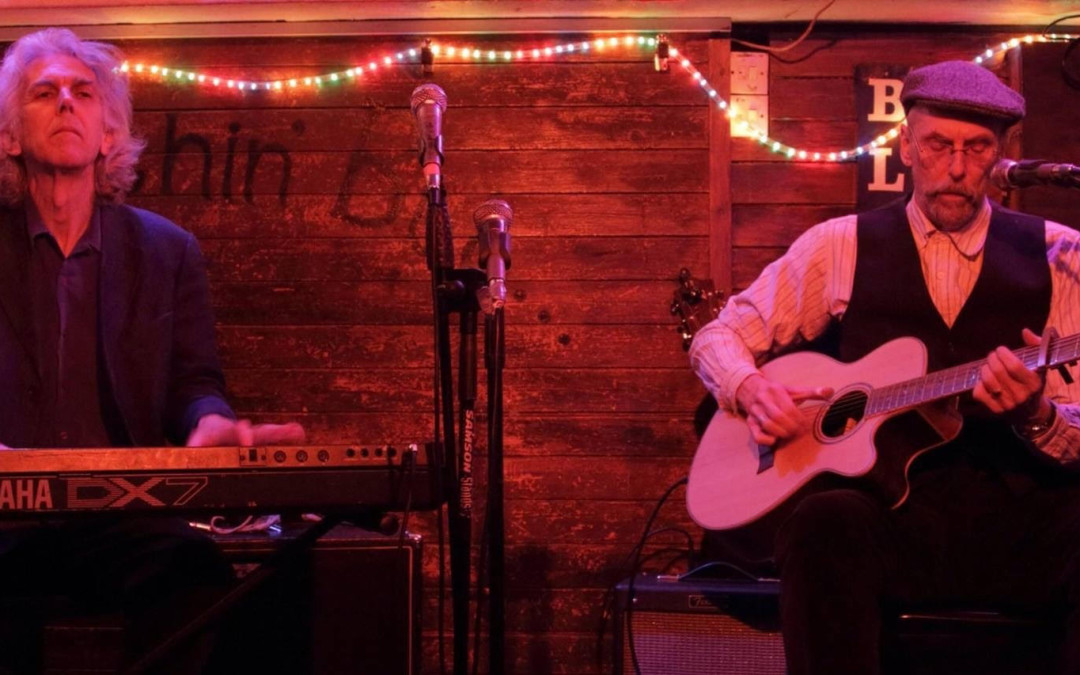 Blues guitarist Barry Jackson teams up with top pianist Bob Morgan for a night of blues, folk and boogie-woogie. Both Barry Jackson (vocals, guitar) and Bob Morgan (keyboards, clarinet) are well-known on the London blues scene, and a mutual love of the quieter, quainter backwaters of blues music led them to team up. Their music includes originals and their own distinctive interpretations of blues songs from the 1920s onwards. Expect songs of love, death, sex and redemption. And of a delinquent father.