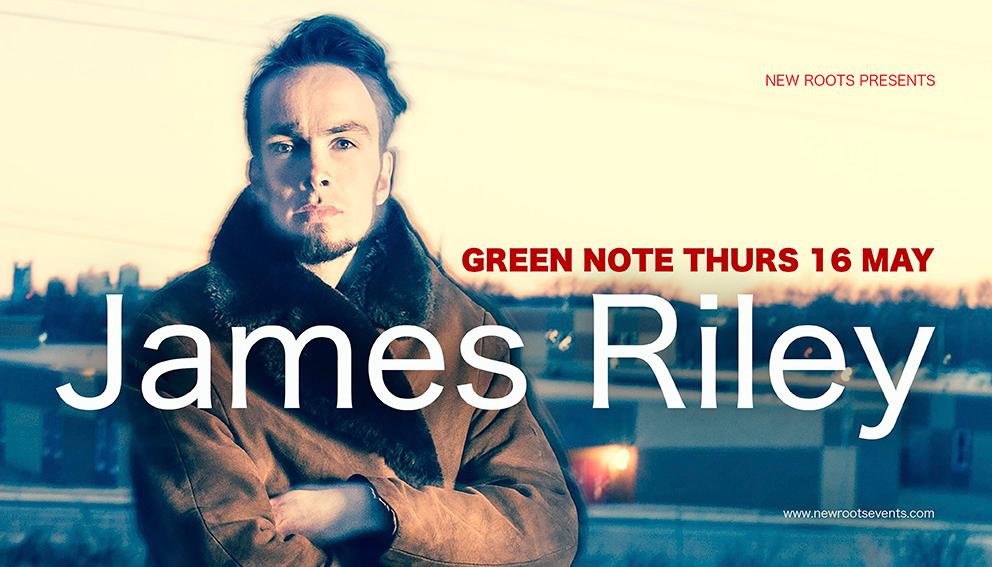 Anglo-American and raised in London, singer-songwriter James Riley followed his roots back to Nashville in 2015, where he met Grammy-winning producer Matthew Odmark. The result is the brilliant debut album ‘Transatlantica’, brimming with urgent, unguarded honesty. Riley’s distinctive contemporary roots music walks a fine line between timeless songcraft and soulful, modern vibrancy, all delivered with a strikingly candid folk voice.

Since returning to the UK, James has been building towards the release of the Transatlantica album; putting out teaser singles, creating cinematic music videos, and performing at a slew of live shows and festivals. Highlights include Glastonbury, Wilderness, Shrewsbury Folk Festival and Maverick – and heads have begun turning. The past 18 months have seen James nominated for 4 UK music awards, national TV and radio coverage, and international tours on both sides of the Atlantic.
The start of 2019 marks the threshold of an exciting new chapter for this transatlantic songsmith, and a long-awaited opportunity to share with the world the fruits of a hard-won musical journey. James Riley is an artist ready to hit his stride over the next twelve months.
“ [James Riley is] awesome… like the Allman Brothers meets the Seeger Sessions”