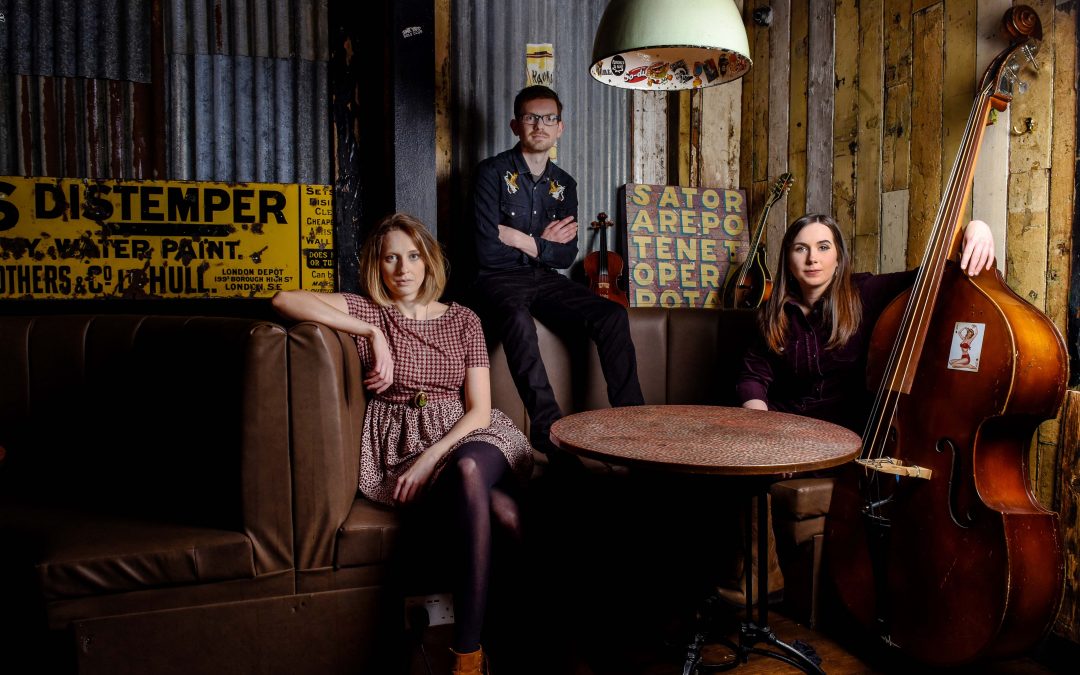 JAYWALKERS have been delighting audiences for over 10 years; taking their exciting, inventive and virtuosic brand of Americana up, down and around the UK and Europe. These three outstanding musicians have developed a tight bond, demonstrated through their well-crafted, tasteful arrangements and ability to bounce ideas around the stage. The combination of powerhouse bass, flame-fingered mandolin, blistering fiddle and three-part harmony pack a punch as fiery as Jay’s lead vocals and make a fuller sound than expected from an acoustic trio.

This year, Jaywalkers are on a full UK tour to support the release of their brand-new album ‘Time to Save the World’, released in November ‘18. This is their 4th studio album, recorded during the peak of the 2018 summer heatwave with the extremely talented Josh Clark as producer, and is Jaywalkers’ finest body of work to date. Featuring 10 original songs (and a Johnny Cash cover for good measure) their new music plays on the strengths of each member all encompassed by Mike’s musically crafted and lyrically perceptive song writing.

Jaywalkers are a real melting pot of their collective inspirations and the influences of their musical upbringings. This is evident in their live sets which come to life in their use of Country heartbreak and Bluegrass dynamism applied to issues of the modern day and life as a touring band…mostly stuck on the M6.

“A beautifully performed take on Americana… a multi-layered sound that belies their trio status and is lifted to another level when Jay’s lead vocals kick in … the chemistry is tangible as their voices combine to thrilling effect.” RnR Magazine

“Stunning three-part harmonies, soaring fiddles and fearless mandolins … a powerhouse of Americana who can cook up a storm without the need to plug themselves into any cumbersome amplification.” Country Music Magazine