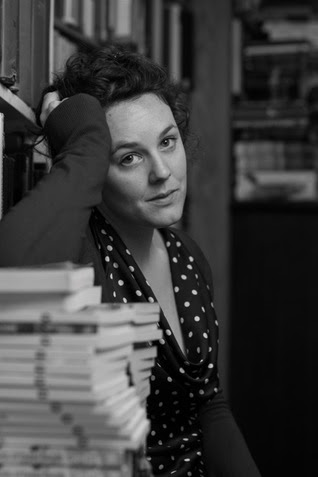 Jess Hall grew up near the coastline of North Devon and started writing songs about the quirks of love and life just before moving to the starkly landlocked Oxford five years ago. Since that time she has established herself on the local scene with her simple stunning clarity of voice and images of coastal love and loss.

She has supported acts such as Sea of Bees as well as performing at Truck Festival and headlining the Shh Stage at Wilderness. After Jess released her debut ep ‘Red Jumper’ she was described as ‘one to watch’ on the Oxford scene by Nightshift magazine.

Her debut album was released February 24th with a special sold out launch gig 21st February at the beautiful Holywell Music Room in Oxford.

PRESS
“Jess Hall’s voice – limpid and elegant, as pure as clear cut crystal, variously playful, pretty and almost hymnal – as wonderous and natural as the Devon beaches that provide so much of her musical inspiration.” Nightshift,
“honest lyrics and deceptively simple melodies, have audiences hanging on her every word”
The Oxford Times
“Elegantly melodic….captivatingly-voiced English singer” FRoots
“a quite frankly astonishing songstress.” Irregular Folk
“Jess sings unpretentious melodies with thoughtful lyrics infused with innocence, longing and unguarded earnestness.” NRS, Oxford

RACHAEL SAGE
A soulful vocalist and innovative multi-instrumentalist, award-winning singer/songwriter and producer Rachael Sage has become one of the busiest touring artists in independent music, performing 100+ dates a year throughout the US, UK, Europe and Asia. She has earned a loyal following for her dynamic piano playing, delicate guitar work, soulful vocals. and improvisational audience interaction. Sage has shared stages with Sarah McLachlan, A Great Big World, Judy Collins, Colin Hay, Shawn Colvin, Marc Cohn, The Animals and Ani DiFranco. Her latest album on MPress Records is “Blue Roses”, and the new single “Coloring Book” is out now.