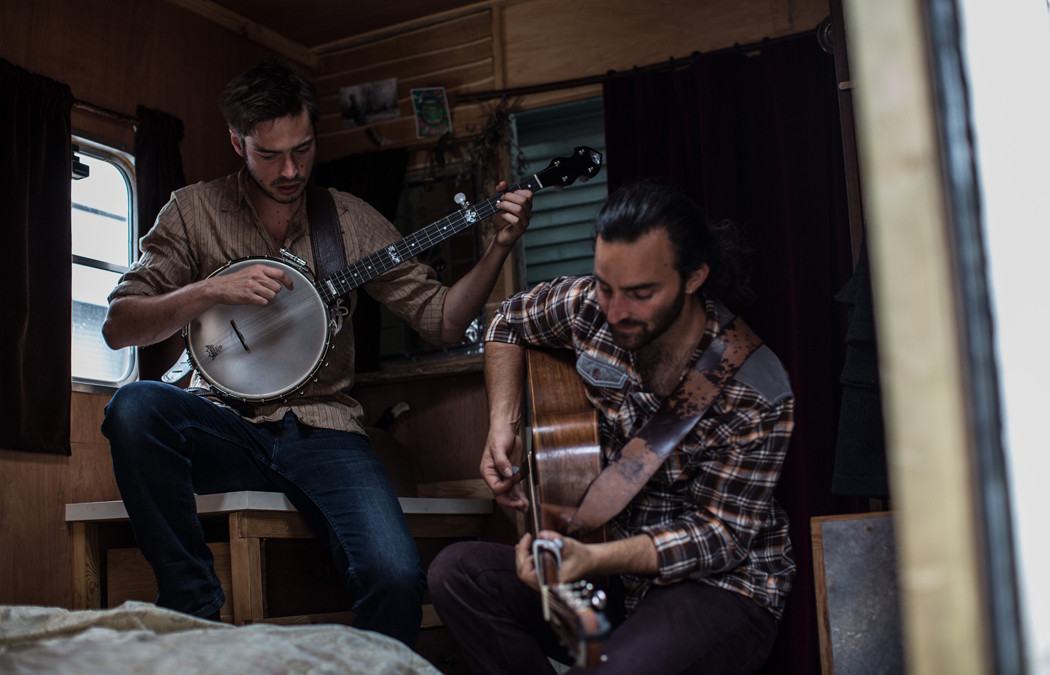 Jimmy Aldridge and Sid Goldsmith: Autumn 2016 sees the highly anticipated 2nd release from Jimmy Aldridge and Sid Goldsmith. Their new studio album ‘NightHours’ is a powerful collection of songs that brings a new relevance to the traditional music of the British Isles and showcases some poignant compositions. The album links the hardship of working people throughout history with the struggles of marginalised communities today but it achieves it with a lightness and musicality that makes the album a joy to listen to.

Over the last three years the duo have built a reputation on the UK folk scene for arresting and moving performances. The songs themselves are always given center stage but they are brought to life with sensitive arrangements and beautiful vocals. There is an integrity that shines through their performances, where a sense of justice and morality underlie every song. This record captures that live experience.

Through the course of the album the listener really gains a sense of two artists who not only have a passion for the music but also it’s ability to reflect on the world as they see it. The title track ‘Night Hours’, for example, explores the loneliness of night work in our cities and ‘The Ballad of Yorkley Court’ shines a light on a community finding themselves on the wrong side of power in the Forest of Dean.

Even the traditional material that the duo have chosen seems to have a new relevance to the modern world. For example the Bonny Bunch of Roses, warning against the dangers of chasing the spoils of war, feels hugely poignant given the current instability in the world.