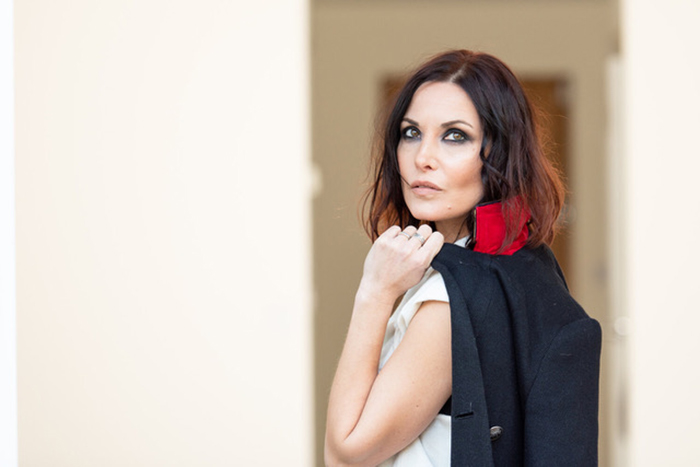 “Harrop’s appeal is her seductive mannerisms and phrasing mixed with plenty of hip cachet. As interpreter of lyrics, she draws you into the narrative with effortless style and ease. The voice is husky toned, with immaculate timing,  and an unsentimental tenderness and a shrewd wit” Emrys Baird, Blues & Soul Magazine.

“This girl was born to sing jazz, all the warmth and sensibility to melt even the chilliest of hearts” Blues & Soul Magazine.

“Nigel Price is probably the most dynamic and gifted guitarist on the British jazz scene today and this is the proof.” ★★★★  All About Jazz

“For me, this is how jazz should be; communicative and inclusive. Jazz performed this way feels like a gift, a ‘here, this is for you’ scenario.” London Jazz News

JO HARROP: Born in Durham and raised on a heady musical diet of Nina Simone, Billie Holiday and Aretha Franklin, Jo Harrop cut her teeth as a session singer, working with a host of iconic artists including Neil Diamond, Rod Stewart, Gloria Gaynor and Enrique Iglesias.

After moving to London, she quickly established herself as one of the most unmistakable voices in British jazz, performing everywhere from the Royal Albert Hall to the Sunset Sunside Jazz Club in Paris.
Having signed to London-based jazz label, Lateralize Records, she recently received a raft of rapturous reviews for Weathering The Storm, her debut with guitarist, Jamie McCredie. Effortlessly blurring the lines between jazz and folk, it’s an achingly beautiful album that is so shot through with pathos and pain, it could melt the hardest of hearts. The Guardian dubbed it ‘a little gem of an album: simple, modest and perfect,’ whilst BBC 6 Music’s Iggy Pop fell in love with her voice, calling her “a very fine jazz singer.” Warm, smoky and capable of the most delicate dynamics, Jo Harrop’s mellifluous voice reveals an intimacy few singers are capable of generating.
NIGEL PRICE: Over a career spanning more than 25 years, award winning jazz guitarist Nigel Price has become widely acknowledged as one of the hardest working musicians in the business.

Musically, his blend of flowing bebop lines, deep blues sensibility and his mastery of chording continue to delight audiences and fellow musicians alike. His career highlights include a support show for Gladys Knight at The Royal Albert Hall and an appearance on Van Morrison’s recent album Keep Me Singing.

Starting his professional career in his early 20s, Nigel toured Europe with various reggae and funk bands before settling on a solo guitar career and turning his attention to jazz. Citing early influences as Wes Montgomery, Joe Pass, John McLaughlin and the Mahavishnu Orchestra, Nigel honed his craft by attending gigs and sitting in with the players of the time.

Nigel has played on more than 50 albums including 5 as a leader, spent ten years with acid jazz outfit The Filthy Six, was a member of James Taylor’s band for 3 years (with whom he recorded 5 albums) and performed with the legendary David Axelrod.  He has also taught at The International Guitar Foundation at King’s Place, London.