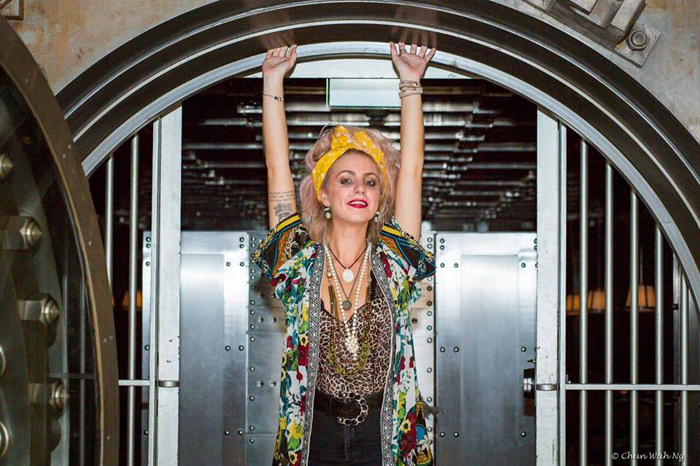 Joe Slater
At just 22-years-old, Joe has a wise head on young shoulders. He says “its not about the past it’s all about the future. Real music is about passion and feeling. I want people to feel my music”. When you see him, you’ll know what he means!

With 6 instruments under his belt and musical inspirations from The Beatles, The Boss and Oasis… Joe blurs the lines between Blues, Soul and Rock ‘n’ Roll.

Georgia and The Vintage Youth
At just 22 years of age, Georgia has already mastered a retro jazz/swing style of music that is both vintage and fresh (hence the name of the band). It’s contagious and subconsciously gets you tapping your feet (think Jools Holland or Paolo Nutini) whilst her ballads are stripped back allowing Georgia’s strong and iconic vocal to take you somewhere inside yourself and make the hairs on the back of your neck stand on end (think Adele or Amy Winehouse).

Her debut single obtained her Westfield/Senheisser artist of the month. Georgia performed live at the NEC Birmingham and won 2nd place ahead of 9000 other hopefuls in 2015.

Georgia and her band are now beginning to gig regularly on the London scene since being played regularly on BBC Radio 2 BBC London, Essex, Kent, Norfolk, Cambridgeshire, Suffolk and many more including BBC Wales.

She has also released her debut EP “The Girl” and follow up EP “El Reco” which featured Neville Staple (The Specials).

The future looks incredibly bright for Georgia with appearances on Vintage TV and a new EP (pre-album) which is being produced by Mo Pleasure (Earth Wind & Fire, MD for Bette Midler).