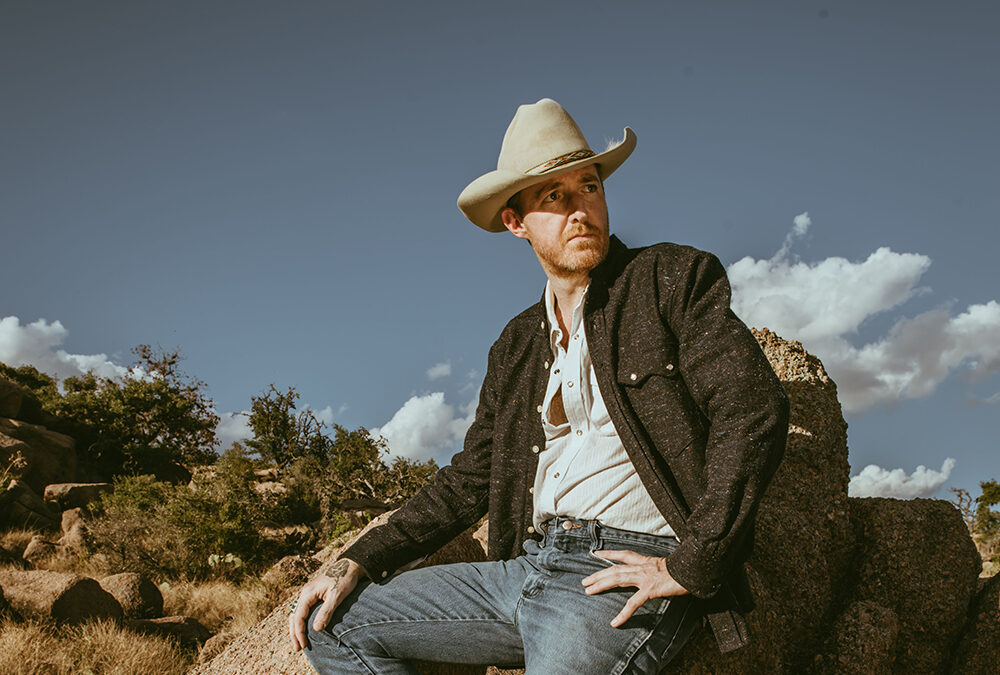 JONATHAN TERRELL: Austin, TX singer-songwriter proves bad boy with a heart of gold with latest LP release, Westward. Born in a singlewide trailer deep in the pines of East Texas to a family of ex-religious cult musicians, Terrell has been engulfed in a life of music since birth. After migrating to Austin in 2006, he anchored himself firmly in the city’s infamous music scene as a beloved country and folk songwriter, trailing close to his heroes Kris Kristofferson and Townes Van Zandt. His sweaty and electric live shows spin honky tonk dance floors and quickly whip heads around to reveal him as a bold lyricist and explosive frontman with “Springsteenian” prowess.

After releasing his first solo LP, Trials & Stimulations, Jonathan quickly set to recording his second, Past the Lights of Town. This album was shelved when he paused his solo career for seven years to go full steam ahead with his rock-n-roll side project, Not In the Face, who caught wind as radio darlings and began a heavy tour schedule.

After pausing his touring schedule due to COVID, Terrell refuses to go down without a fight. This cosmic cowboy saddles up for the challenges of self releasing his third and long awaited record in a time of global unrest. In a thick Texas drawl he emphasizes that, “these songs are the stories of all of us. I’m just the vessel. It’s bigger than me”.

Westward’s genre defying sonic landscapes effortlessly mix country, folk, rock n roll and R&B for a totally unique yet timeless sound, while his sharp and barbed lyrics weave tales of love, loss and redemption in a modern world. Giddy up!