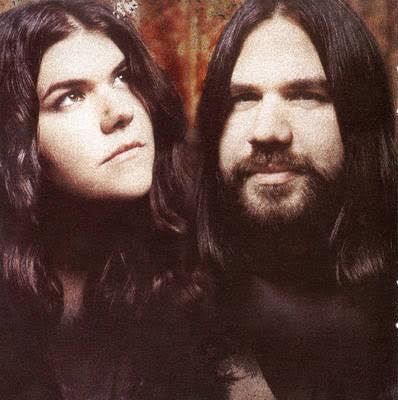 The Magic Numbers‘ brother and sister ROMEO and MICHELE STODART are hosting a monthly night here at Green Note. They’re going to be showcasing new acts as well as established artists they’ve admired throughout their career. Alongside special surprise guests and collaborations, you might even see the hosts themselves perform. Live performances from the night will feature on the band’s podcast which will be launching on May 29th. This aims to be a special evening with a real touch of magic!

JOSH KUMRA:
Josh Kumra has a voice you might know but a name you may not. A singer/songwriter brought up to the sounds of Bob Dylan, Van Morrison and Nina Simone, his voice is older than his time. After releasing his debut album on Sony RCA he is now working on his second record and playing some intimate shows to showcase his new material.

LORRAINE WOOD:
Lorraine Wood hails from the Hackney of the 1970s. Her stripped-bare style is both fragile and forceful. She performs infrequently. She has been described by folk broadcaster Bob Meyer, as “maybe the best unrecorded / undiscovered female folk roots singer songwriter in the UK at the moment”.

ELAINE PALMER:
Elaine Palmer hails from a sleepy village up on the North Yorkshire Moors, a stone’s throw away from the traditional fishing port of Whitby. Growing up in the wilds of Yorkshire Elaine surrounded herself by music, playing the piano, guitar and singing. Once Elaine started to play live, she finely honed her own voice and built a reputation for her mesmerizing stage presence. Elaine soon started playing the London scene and sharing a stage with the likes of David Gray and Ryan Adams.

After seeing her play live Inspiral Carpet’s Clint Boon invited Elaine to record at his home studio, the culmination of this would turn out to be her debut album, Into the Spotlight. Elaine continued to tour extensively playing with a host of successful artists including Paolo Nutini and KT Tunstall.

Elaine’s music soon picked up the pace a little when she started performing with a band in the UK and then the Sates. Her material developed as she became influenced by the great female country singers she performed with along the way…. Patty Griffin, Emmylou Harris.

Elaine has just come out of the studio with an exciting new record featuring members of Hyde and Beast and Young Rebel Set. Elaine’s new work has textures of New Country yet very authentic. This material is more complete with layers of vocals, electrics and pedal steel. The lyrics more mature, as a songwriter. The songs tell of desert highways and mountains ranges reflecting Elaine’s own personal journey. Show me the Way is set for release June 2016 on Osmosys Records.

** The next two nights in this series will take place on Mon 13th June and Weds 13th July, featuring some very special guests! **