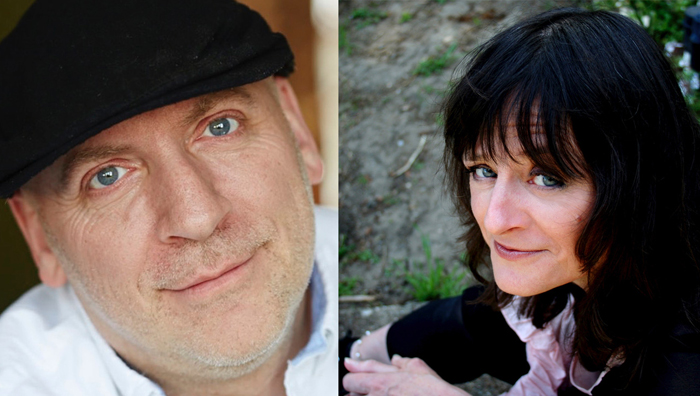 Another special evening with BMI award-winning and multi-platinum selling Nashville songwriter Jude Johnstone, sharing the bill with Daniel Cainer, (himself a multi-award winning songwriter). Jude’s songs have been recorded by Emmylou Harris, Bette Midler, Johnny Cash, Trisha Yearwood, Bonnie Raitt, Mary Black and Jennifer Warnes. Daniel’s most recently, by Fascinating Aida and Maureen Lipman! “.  This is what R n R Magazine had to say about their previous appearance with us:  ‘The opportunity to see both performers up-close in the Green Note’s intimate basement was recognised as a privilige by all who were there. It was two hours of  unadulterated pleasure.’  This show will sell out. Don’t miss it!

JUDE JOHNSTONE: Born in Bar Harbor, Maine, Jude Johnstone began writing songs at about age 8.  At 18, she was “discovered” by Bruce Springsteen’s saxophonist, Clarence Clemons.  After spending some time in New York and New Jersey under his wing, in 1979, she moved to Los Angeles, where her songs quickly became sought after by other artists. She has been covered by Bonnie Raitt, Emmylou Harris, Bette Midler, Johnny Cash, Stevie Nicks, Mary Black, Jennifer Warnes, Stephen Bishop, Trisha Yearwood and more,  including a #1 song for Yearwood’s debut album called “The Woman Before Me” which earned her a BMI award. Her songs then appeared on 8 other Yearwood cds. She also penned the title track to Johnny Cash’s 1997 Grammy winning album “Unchained.” She lives in Nashville, Tennessee.

“She’s patently a master at capturing the heart’s dark and desperate moments, just as she’s capable of  encouraging belief in its resurrection.” Mike Davies, Roots and Branches/The Beat

DANIEL CAINER: Award-winning songwriter, storyteller, performer, broadcaster and several other words ending in ‘er’, currently touring his ever-evolving, one man show of unique stories in song: Gefilte Fish & Chips in the UK and America. He has composed music for TV, film and the occasional launch of a new car, written and broadcast topicals songs on BBC and independent radio, and for a brief period was even a Womble – though he often forgets to remember that.

‘Lovingly detailed shaggy dog storytelling’ Time Out
‘Tremendously entertaining. His voice is powerful and versatile, and his lyrics are like Robin Williams rants with delightful rhythms and rhymes.’ Jewish Currents New York