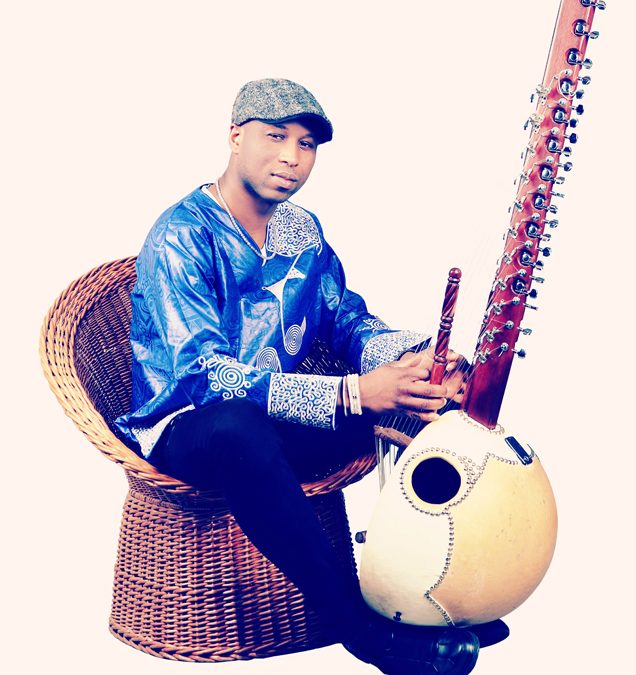 Kadialy Kouyate is a musician, a singer songwriter inspired by the West African Griot repertoire. Born into the great line of Kouyate Griot in Southern Senegal, Kadialy’s mesmerising kora playing and singing style have been appreciated in many prestigious venues as both a soloist and in different ensembles.

Since his arrival in the UK Kadialy has played a significant part in enriching the London musical scene with his griot legacy. He has been teaching the Kora at Soas university of London for the last decade and he has also been involved in countless musical projects both as a collaborator and a session musician.

With his Sound Archive, Kadialy Kouyate draws on his heritage and its traditional songs to create his own mesmerising compositions, leading his fantastic band into the West African groove.

“Successful piece of West African afro-pop with a message.” Tropicalidad.be