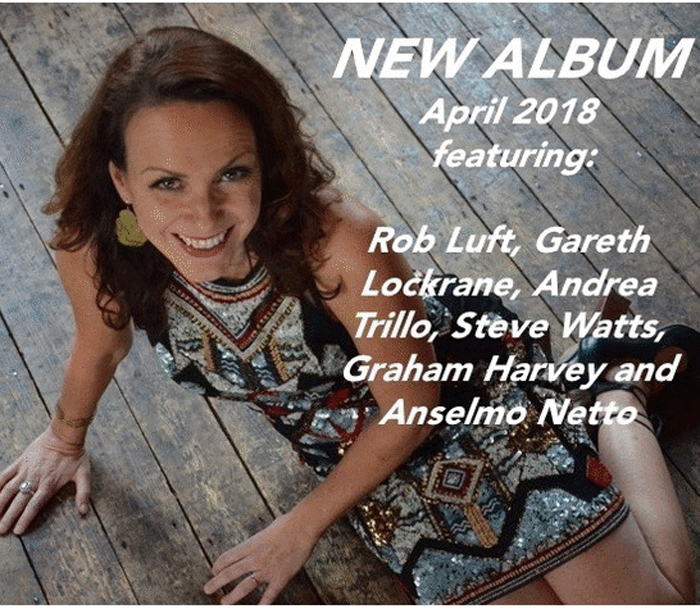 KAREN LANE: Originally from Perth W.A. Lane has self-produced 6 albums to critical acclaim. Her debut “Once In A Lifetime” (2002) garnered the attention and positive reviews of the International jazz press and radio play in the UK, Japan, USA and Canada. When Karen first hit the UK Scene she was quickly recognised by Michael Parkinson regularly being featured on his BBC Radio and Jazz FM.

Dave Gelly Musician Magazine said: “I know of no one else who sings with what I can only describe as her demure abandon.  It’s wholehearted but at the same time restrained, precisely phrased but not over studied, a fine and distinctive singer.“

Lane plays piano and is an accomplished songwriter. She has a love of Brazilian music and released her second album “Taste” described in JAZZWISE as: “So laid back that to listen to it, you risk slipping a disc – delightful. Perfect for those balmy summer evenings – a genuinely heartfelt homage to the profound allure of bossa nova.”

In 2018 she released PASSARIM her 6th Album at the Sunset Club in PARIS and this was followed by a support slot for Deodato at Ronnie Scott’s.  Career highlights have included International Jazz festivals, regular slots at Pizza Express Jazz Club, and selling out the main room at Ronnie Scotts Jazz Club. In 2018 Karen and her band featured in the London Jazz Festival at The Elgar Room – Royal Albert Hall.  Karen has been delighted to find herself singing in places she’d never imagined she would visit: including Sicily, Portofino, Nice, Monte Carlo, Evian, Berlin, Cape Town and Bucharest.  Expect to hear sensual Bossa Novas – vibrant Samba and lithe Swing.