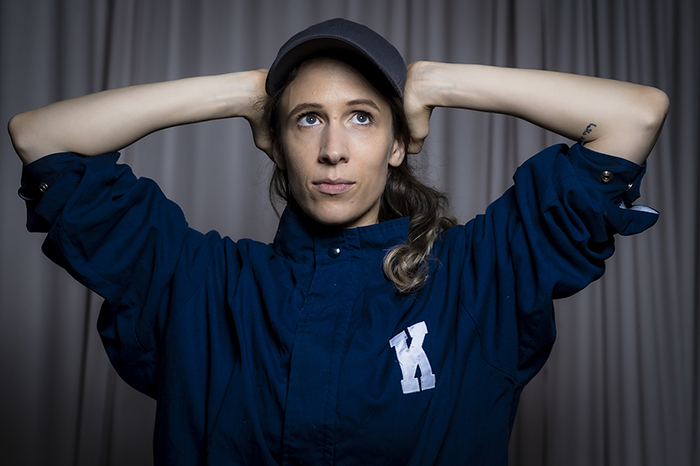 KATEY BROOKS: Katey Brooks is a rebellious artist that resists formula.  The ‘powerful’ (Evening Standard) songstress defies easy classification, with a sound blending folk, soul, blues and Americana. Her versatility has become one of her biggest assets when lending her voice to different genres and moods. A devastating song-writing talent she is simply ‘not to be missed’ (Time Out).  Her haunting ethereal sound on the 2016 I Fought Lovers EP received an enthusiastic reception from radio stations around the UK and internationally, including BBC Radio 2, BBC 6 Music and CBC Canada and her most recent album Revolute was released in 2019 to huge critical acclaim across the world including a ‘Best Album of the Year’ credit from music magazine Popdust.

Brooks’ vocals have featured on records with Brian May (Queen), Bill Wyman (Rolling Stones), Nick Mason (Pink Floyd) and Paloma Faith recorded at Abbey Road for BBC Radio 2’s Children in Need album ‘Bandaged Together’ and she has shared bills with a host of big names including Newton Faulkner, Seth Lakeman, Nick Mulvey, Lou Rhodes (Lamb), Mike and the Mechanics, and Mystery Jets.

No stranger to collaboration, KB has recently featured on tracks with DnB big hitter Dimension, Fybe One (out on Tru Thoughts in 2022), new Radio 2 favourite Nixon Tate, and European chart-topper Lorenzo Gabanizza. This year she has already been busy working with fellow LGBTQ+ musician, actor and activist Heather Peace and House producer Martin Badder on a single due for release in early 2022. In addition she has been working on several different film soundtracks, due for release this year, which span from horror films to ethereal folk songs for cat documentaries… There’s nothing Katey can’t turn her voice to!

She’s made fans out of her peers with Joss Stone telling her fans online “I love this lady’s voice. She really means what she’s singing” and Squeeze legend Chris Difford “Your voice is just amazing” which has recently earned her an opening slot during his tour in 2022.

“Not to be missed” TIME OUT

“Put simply, this is one of the best albums of the year” POPDUST