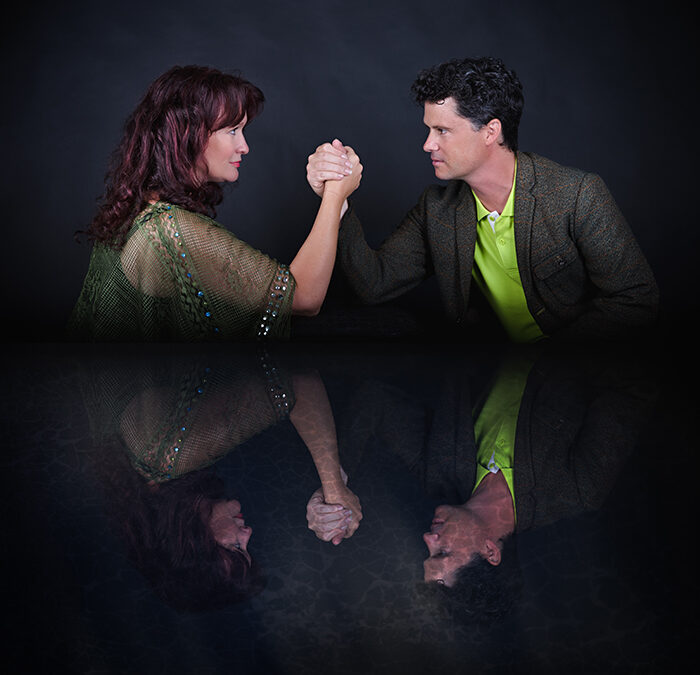 KATHRYN ROBERTS & SEAN LAKEMAN: Kathryn Roberts and Sean Lakeman have long established themselves as one of the UK folk scene’s most rewardingly enduring partnerships. Duos come and duos go… And some nurture and fine tune their art and watch it grow into something totally original, captivating and award-winning.

Bonded by an unseen alchemy, Kathryn Roberts and Sean Lakeman have entwined their professional and personal relationship into an enviable class act of imaginative songwriting and musicianship.

Over two decades of performance they have never been trapped in a groove – always bold and innovative, mixing traditional song arrangements with their self-penned material which reels from the bitter to the sweet, the wry to the sad, the political to the passive.

“It’s folk music for the modern age.” The Telegraph – London

“These guys are something very special”  Acoustic Magazine