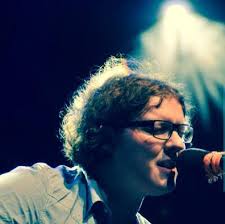 In between ongoing collaborations with Tom Mcrae, Turin Brakes, members of Sheffields Electronic acts I Monster and The Eccentronic Research Council (ft.Maxine Peake) and also an exciting forthcoming collaboration in the works with an artist on Fatboy Slim’s Skint label, KEVIN PEARCE has finished his fourth album, ( Out Spring/Summer2016 ) which feels like an ethereal and timeless piece of art. Simultaneously running commercial appeal with challenging topics of politics, mental illness, the joys of clarity and the universe.

“One of the finest home grown debuts you’re likely to hear in this, or any decade” – Sean MgHee (Editor at R2 Magazine)

“Hannah Rose Platt uses the combined beauty of her lyrical wisdom and wondrous vocals Hannah explores some deep seated concepts using guile, awareness and a flair…without any hesitation, endorsement of this near faultless debut work is forthcoming .” – 3 Chords and the Truth UK

“Every song on the album is a miniature picture, a thumbnail sketch frozen in time. There’s almost a sense of ‘Pictures in an Exhibition’ as successive tracks pass in front of you; each one having its own characters and its own story to tell…This is a remarkable debut album. Hannah is an artist who really knows what she is doing and where she is going. She’s going to the top.” – Fatea Magazine

“Hannah Rose Platt is a young, north of England Emmylou Harris in blossoming before our eyes and ears”- Sid Griffin

“This is a really beautiful album…I hope it does incredibly well – it deserves to!” – Ric Sanders (Fairport Convention)

Hannah Rose Platt is an enchanting singer-songwriter, talented guitarist and storyteller.  She recorded her debut album Portraits in Nashville last year where she worked with some of the industry’s leading names, Grammy award-winning musicians Mark Fain, (Ricky Skaggs, Dolly Parton) Stuart Duncan (Emmylou Harris, Dolly Parton, The Nashville Bluegrass Band, Robert Plant & Alison Krauss) Her melodic, poetic and accessible music offers self-written narratives to ordinary people who had no one to unfurl their stories; tales of luck, stoicism, loneliness, love, heartbreak and hope. While avoiding clichés, she warmly builds characters like an author, penning songs that almost eavesdrop on other people’s lives.

Born and raised in Liverpool, Hannah began playing the guitar when she was five, teaching herself how to play. Her musical education came from her stepfather who would encourage her to listen to a wide variety of music, scouring his extensive record collection for inspiration for her. Having played gigs around the country and in the USA, (including a slot at Summertyne Americana Festival 2015 alongside artists such as Roseanne Cash and Emmylou Harris) she released Portraits independently.  The album has received widespread critical acclaim, has been featured on several best of 2015 lists and has had considerable airplay on BBC Radio Merseyside, The Front Porch with Baylen Leonard at Amazing Radio, Resonance FM, Wrecking Ball Radio and Europe’s leading country radio station CMR Nashville. Portraits was also included in Glamour Magazine’s ‘Summer soundtrack of 2015.