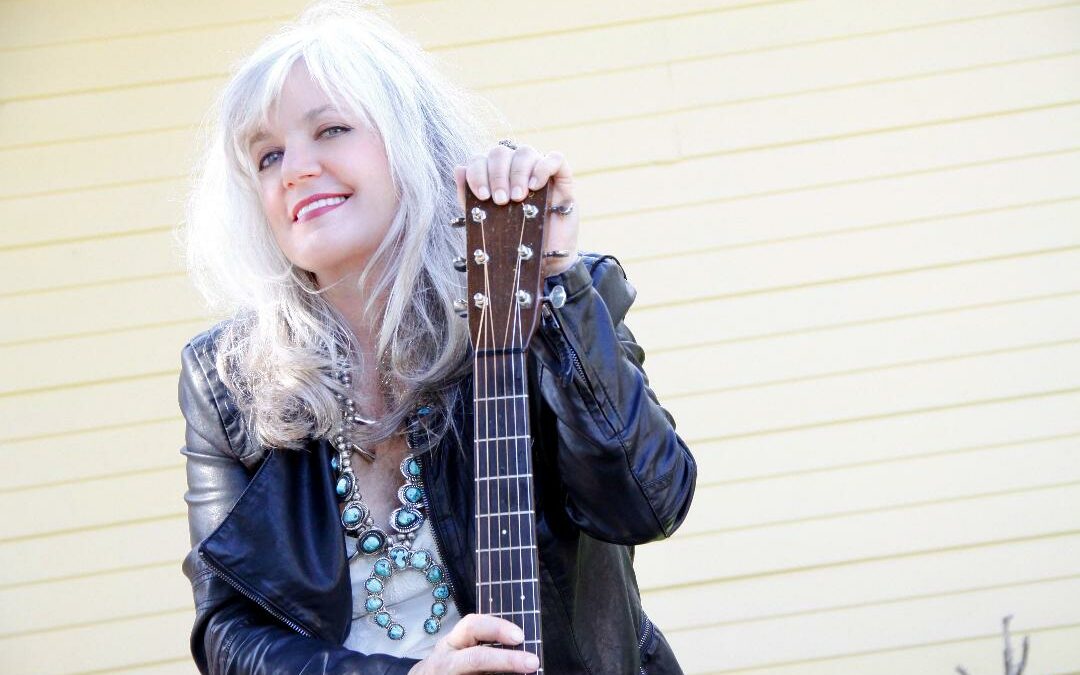 After several years of sifting through archives and journals left behind by her late soul mate, beloved radio personality Joe Gracey, Rhodes has just put the finishing touches on her latest labor of love, “Radio Dreams: The Story of the Outlaw DJ and the Cosmic Cowgirl,” a “duet memoir” that weaves her own poetic prose with wry and witty musings from Gracey, who died in 2011.

Recently released spring 2018,”Radio Dreams” invites readers into their private world, returning Joe to the conversation to help tell the fascinating story of their lives. Her trippy songwriter’s tales and his alternately hilarious and poignant writings take readers on a time-machine adventure, from Saturday mornings spent watching country-and-western TV stars to the wild ‘70s era in which Vietnam war-protesting hippies, weary of the fight, kicked back with rednecks to play some music in the “Groover’s Paradise” of Austin, Texas.

Riding with fellow outlaws Willie, Waylon, Emmylou, Cowboy Jack Clement, Stevie Ray Vaughan, Doug Sahm and other famous — and infamous — characters, they helped turn Austin into a music scene and outlaw country into a sound before facing Gracey’s final cancer battle. Through triumph and tragedy, grief and gratitude, their story speaks of the extraordinary life and inspiring love they shared.

In spring 2018, Rhodes and celebrated radio presenter Bob Harris of BBC Radio 2  accompanied by her son, guitar virtuoso Gabriel Rhodes, embarked on a “conversation with” tour of theaters in Britain and Ireland to share a fascinating, intimate and spontaneous evening of stories and songs reflecting on Kimmie’s rich musical history, the sounds of Austin and the legacy of Texan songwriting, in celebration of the release of her memoir, “Radio Dreams.”

Having recently returned from the UK tour which launched her memoir and a songwriting retreat and concert hosted by The Buddy Holly Educational Foundation in Lafayette, LA, Kimmie headed to Nashville, TN to celebrate the opening of a major Country Music Hall of Fame Museum exhibit, “Outlaws and Armadillos; Country’s Roaring 70s,” for which she has worked as a liaison, consultant and donor of archives and artifacts since 2012. Featured in the exhibit, are excerpts from a six part twelve-hour documentary series, “They Called Us Outlaws.” Dedicated to Joe Gracey and Waylon Jennings the documentary is a major work-in progress for which Kimmie has served as an associate producer to filmmaker and producer Eric Geadelmann.

At her own Sunbird Studios, Rhodes recently hosted some of the Austin’s finest singer-songwriters to film a segment of Harris’ iconic “Back To” series for WBBC-TV. An airdate for the “Back To Kimmie’s” episode will be announced soon.