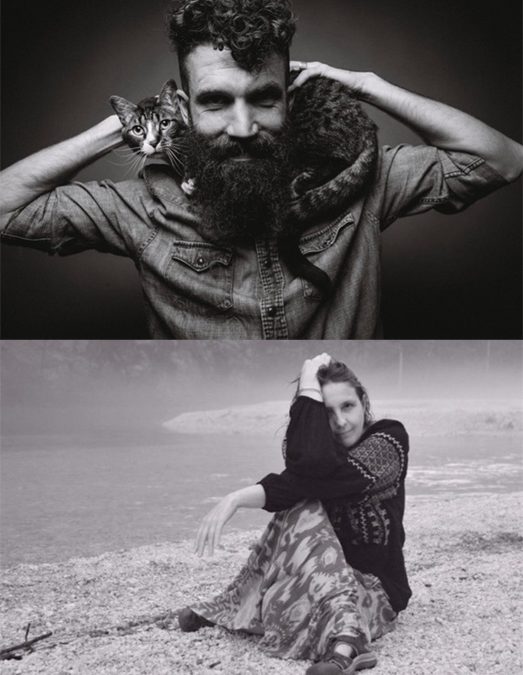 A couple of years ago, at 3 in the morning, two songwriters collided in a seventh floor corridor at the Crown Westin Hotel, Kansas City Missouri. One was noticeable for his large beard and the other was a woman carrying a saw. This year, for the first time and for a limited run of shows, these two artists Kirsty McGee (UK) and Ben Bedford (US) will be touring and collaborating together.

Ben Bedford
For 12 years, since the release of his first album, Bedford has toured his vivid, stark tales across America, Europe and beyond. A true son of the heartland, Bedford dips into the deep inkwell of classic American literature and writes with the ‘old soul’ quality of his literary idols, such as John Steinbeck and Toni Morrison. Living with his cat Darwin in an old farmhouse on the edge of a prarie in Illinois, Ben’s soft-voiced poetry and captivating guitar work has led to him being compared to such luminaries as Townes Van Zandt, Bob Dylan and John Prine.   Last year, his highly acclaimed 5th album The Hermit’s Spyglass was released and he was named one of the six Kerrville New Folk winners at the Kerrville Folk Festival in Texas.

Kirsty McGee
Sharing Bedford’s literary leanings and with a voice that has been described as having the texture of ‘smoke and velvet’ Kirsty McGee has created a unique songbook, drawing on old vinyl blues, gospel, ’30s jazz, Brechtian ballads and Brill Building sensibilities…. An innate curiousity, a DIY ethic and an abiding love of the Great American Songbook, have taken her from Odessa to Nashville, and from the Mojave Desert to arctic Norway. In 2013 her song Sandman was featured on UK filmmaker Danny Boyle’s movie Trance & tweeted about by Emma Watson. In seventeen years on the road, she has toured in 11 countries, peddling her skewed but romantic ‘hobopop’ (music without a genre) to anyone who’ll listen. McGee’s 8th album, part inspired by the Cole Porter songbook, will come out in October 2019.