Lachlan Bryan & the Wildes + Jonathan Byrd & the Pick up Cowboy 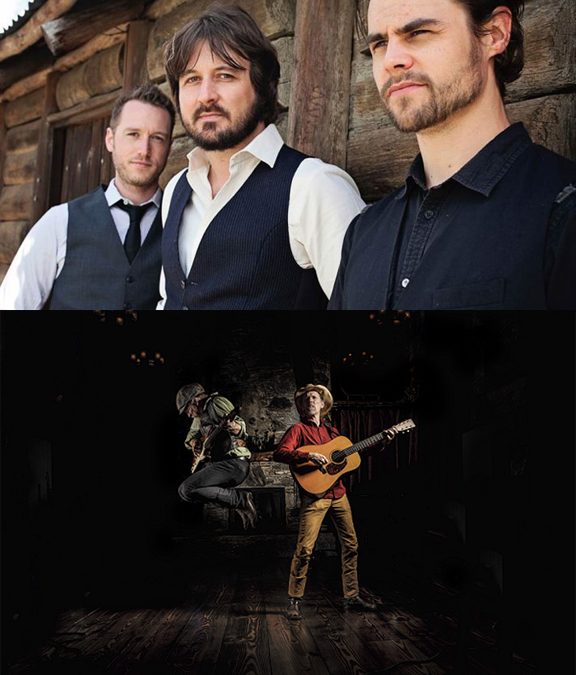 LACHLAN BRYAN AND THE WILDES
Lachlan Bryan and The Wildes are one of Australia’s finest country bands, bridging the gap between country music and alt-country/Americana for around eight years now. Based out of Australia, they claim New Orleans and the American South as their second home with their home-grown Americana vibe. Their sound leaves the dirt on in all the right ways and carves a niche that is completely their own – two parts classic country, one part blues and roots and all soul. Having already shared stages with Steve and Justin Townes Earle, Shawn Colvin, Joan Armatrading, and John Hiatt, and having co-written and performed with Casey Chambers, Lachlan Bryan is looking forward to releasing his collaboration with Taylor Smith and the Roamin’ Jasmine in 2018 on Milo Records New Orleans. They also have released their second album with ABC Music/Universal in 2018, “Some Girls Quite Like Country Music”. They will be touring Europe and the UK this summer with an all-star cast of backing musicians including award-winning Imogen Clark, and Andrew Wrigglesworth and Laura Coates of the Weeping Willows.

“Lachlan Bryan and The Wildes have built their reputation on storytelling and their latest album is storytelling to the core…Over the past eight years they have released four records, toured Europe and the USA multiple times, shared stages with Americana and country heavyweights and picked up a string of awards. But the stories on “Some Girls (quite) Like Country Music” are ones that have never been told before.”

JONATHAN BYRD
Jonathan Byrd is “one of the top 50 songwriters of the last 50 years,” says Rich Warren of WFMT in the Chicago Tribune. Scott Alarik of the Boston Globe says, “This rootsy North Carolinian may be the most buzzed-about new songwriter in folkdom. He displays John Prine’s gift for stark little songs that tell big, complex stories, Guy Clark’s lean melodicism, Lyle Lovett’s wry mischief, and Bill Morrissey’s knack for the revealing image.” Byrd grew up singing in the Southern Baptist church, where his father preached and his mother played piano. After four years in the Navy, he returned to home to play in rock bands. It was at an old-time fiddle festival in the mountains of southwest Virginia where his writing began to change. Assimilating the sounds of southern traditional music, Byrd wrote new songs in an ancient style. After 10 years as a full-time touring songwriter and 7 acclaimed albums, it seems this native of Cackalacky is getting the attention he deserves. He has played the Shrewsbury Folk Festival on two occaisons to great acclaim and has frequently toured the UK and Europe.