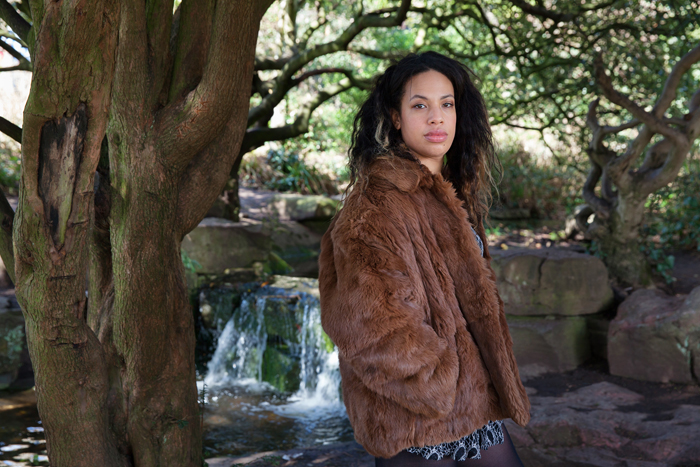 “Her intoxicating vocal is one of a kind, sort of sonic smoke.. Memorable Indeed” -Gavin Martin – The Mirror

Lady Nade has performed in countless locations, from underground bars to festival fields, concert venues to European cities. In 2016 Lady Nade was awarded ‘Amazing Radio’ Audition Winner, which led to her nomination as an ‘Across The Pond’ US-featured artist, bringing her music to a North American audience. Her increasing profile has earned her endorsement from Taylor Guitars and from Icon Films Bristol and meant that she has had a busy 12 months, full of hotly-tipped shows, including spectacular performances at Cambridge Folk Festival, Jools Holland Radio London, BBC6musicFestival, How The Light Gets in and Bestival Festivals.

Waiting For you will be released in connection with the Secret Gardens of Kilver Court and Taylor Guitars.
limited physical addition ‘Waiting For You’ Signed Singles will be available.

Support From DAN EVERETT :
Dan Everett captures both the rootsiness of Americana and folk and the rhythmic sensibility of soul and jazz through his soaring voice and intricate acoustic-guitar playing. He will be releasing his first full-length album in September and will spend the second half of 2017 touring a series of dual-headline shows with Bristol singer-songwriter, Lady Nade (with whom he also plays double-bass).
Dan is often found leading his listeners into realm of the surreal and mysterious. His guitar technique is an entirely unique combination of finger-picking and percussive hand tapping, creating swirling polyrhythms and melodic patterns. his storytelling love loss and hope echoes of Tim Buckley and Nick Drake however Dan is a songwriter in his own right and has gained recognition from the likes of Bob Harris on BBC radio 2, Cerys Matthews on Radio 6, The Guardian and the Times for his performances with The Billet Doux, who continue to tour the UK and continental Europe.
Dan Everett has played countless festivals throughout the UK and Europe, including Glastonbury, Loopallu, and Wilderness festivals.