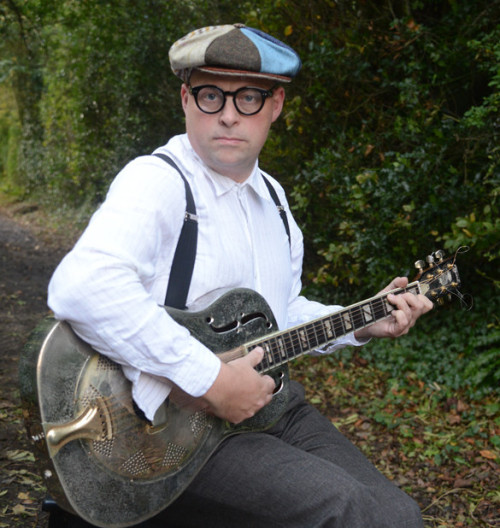 Dorset’s based Dave is perhaps best known for his madcap hillbilly dancing and award winning banjo picking, but Dave has these last few years been making waves on the UK’s blues scene. No wonder perhaps since back in 2000 Dave joined Bournemouth based blues band The Producers, UK Blues Band of the Year award winners 1998-2001. Stompin’ Dave was nominated for a British Blues Award 2014.

Alongside Dave’s adventures in bluegrass music Dave has found time to release ten blues albums and has made regular performances at various blues festivals and clubs. This year Dave earned an unprecedented seventh consecutive invitation to the legendary Boogaloo Blues Festival on the Isle Of Wight. The Latemouth Blake album Vintage Blues has received excellent reviews. “He knows his blues, and delivers them with style.” Blues Matters, “a man in love with and at home with his craft.” Blues In Britain