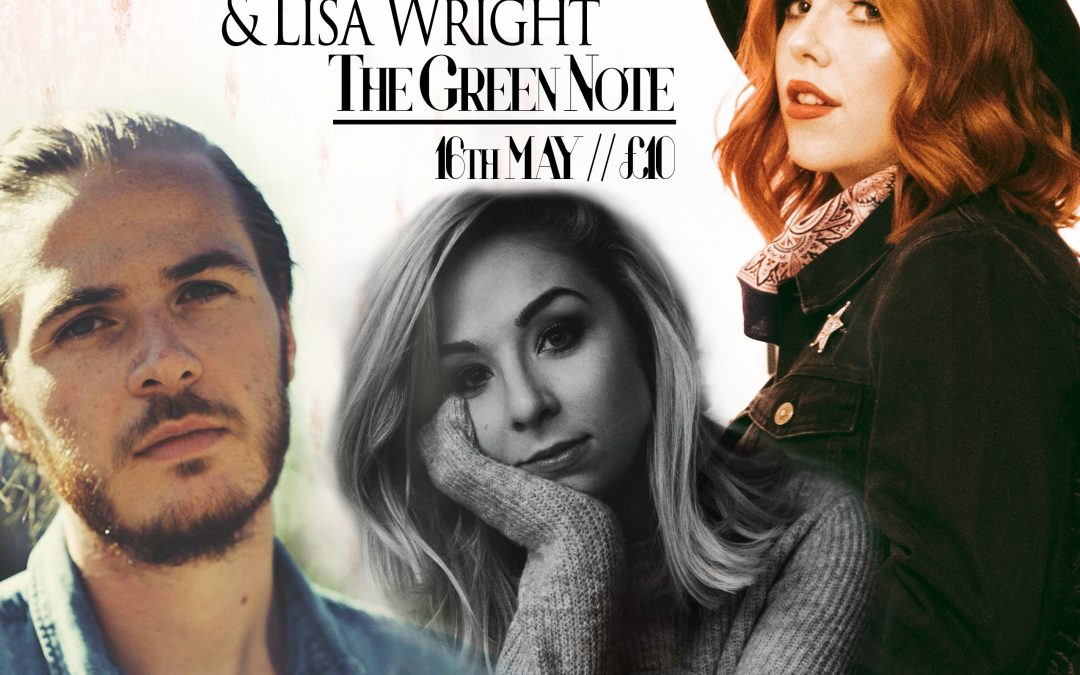 Laura Oakes and friends return to the Green Note to demonstrate song writing at its best across the genres of country, pop and americana.

Laura brings the Bob Harris’ supported Leeds based talent that is Robbie Cavanagh, signed to At The Helm Records to perform tracks from his sophmore album “To Leave To Be Left”. Robbie Cavanagh performs self penned, unscrubbed tales of heartbreak, loss, love and discovery, and when he  puts pen to paper, he lives by his own words. ‘The more you wrestle with an idea, the more contrived it becomes’. Robbie writes with honesty, emotion, and most importantly; instinct.

Next up is Lisa Wright. Nominated for ‘Best Country/Folk Act’ by the Unsigned Music Awards and described as ‘Kacey Musgraves meets Patty Griffin meets John Mayer’, it’s clear from your first listen that, to Lisa Wright, lyrics mean everything. Inside Nashville called Wright’s songwriting: “intelligent, elegant and beyond her years”. With great support from BBC Introducing, the young singer-songwriter was announced as one of their emerging ‘Sound of 2017’ artists and subsequently was handpicked by BBC Radio 6Music to perform at Latitude Festival.

Laura herself has recently returned from a month long’s writing and trip to Nashville with the likes of Jeff Cohen, Jenn Bostic, Chris Lindsey, Lesley Satch and James Slater. Now armed with new tracks, the experience of playing at venues including The Belcourt Taps and The Listening Room, plus relationships to last a lifetime, Laura performs in her trio set up some Laura Oakes original classics as well as a sneak peak at the newest songs she’s written.