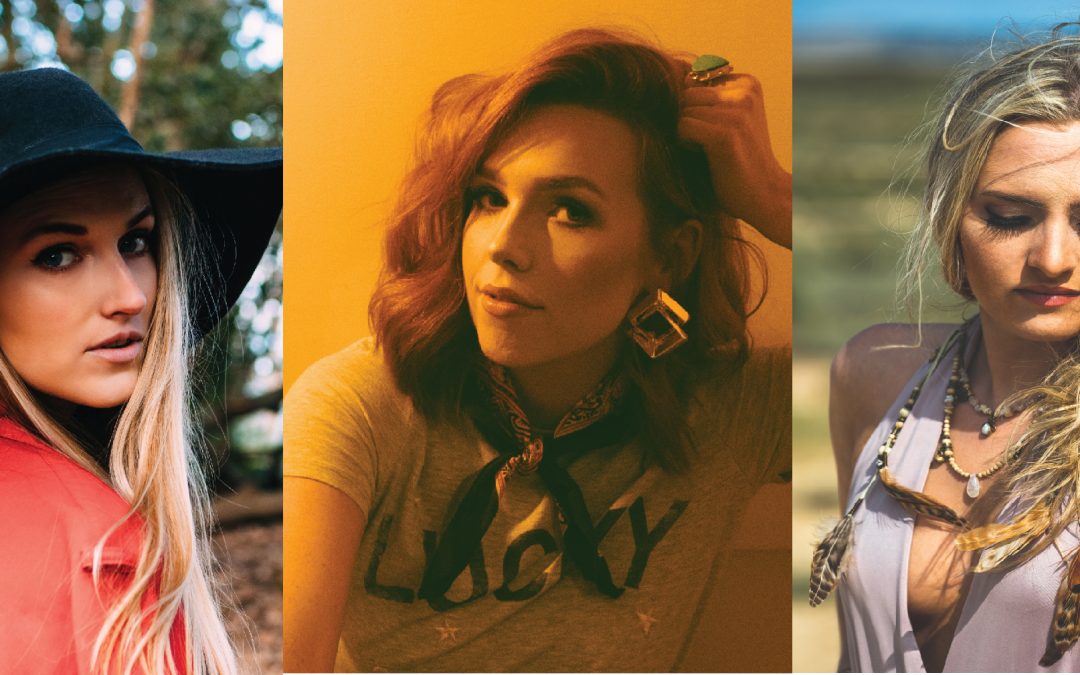 Laura Oakes is a two time BCMA Best female vocalist winner and UK Country/popact who is leading the way in her genre. With support slots under her belt for the likes of The Shires, Ward Thomas, Devin Dawson and The Wandering Hearts plus many more as well as festival appearances across Cornbury, Cambridge Folk Festival, the Long Road, Black Deer and Camp Bestival Laura and band’s stage presence and musicality is second to none.

Now armed with a stack of new tracks since her writing trip to Nashville last year, Laura will be teasing out her latest new music at the third Laura Oakes Hosts…

Katy Hurt has rapidly become a leading light on the UK Country/Americana scene and all without having released a full length studio album. So far 2018 has seen her open for Liam Gallagher at Pilton Party, support Jools Holland, receive a nomination for “Best Country/Folk Act” at the Unsigned Music Awards, as well as performing festival slots at Country 2 Country, BlackDeer, Rhythmtree, Cornbury and many more. Katy spent 2017 performing at 100+ shows around the country since the launch of her EP “Pieces of Me”, with songs impressing fans by combining the honest lyrical content of country with riffs and haunting vocals. BBC Radio 2’s Paul Sexton described Katy as “One of the most exciting prospects on the burgeoning country scene”, saying “Hurt’s distinctive EP is the latest evidence of a career that’s already produced an iTunes UK Country No. 1 in ‘Love You More, she’s a vivacious and magnetic performer…Check her out now whilst you can still get to the front row”.

In 2015 Jersey born Frankie Davies released her debut EP ‘Dancing All Night’ out of which came 3 singles, critical praise and
national airplay. In 2016 she began working on her debut album which she has recorded in Nashville, Liverpool and London. With its release imminent, ‘Wherever I Go’ (out 26th October) is an
album that is delicately laced through with country influences, tied together by Davies’ evocative vocals and addictive melodies that transport listeners through both painful and joyful moments in her life.

A seasoned performer Frankie has toured the UK and Europe with some of the biggest names in Country music including Maddie and
Tae, Chris Young, Charlie Worsham, Mo Pitney and Josh Kelley. Closer to home Frankie has appeared a few times at the UK’s biggest Country Music Festival C2C, toured with the UK Country duo The Shires, and completed her first headline tour in 2017 which included
both the UK and Germany.