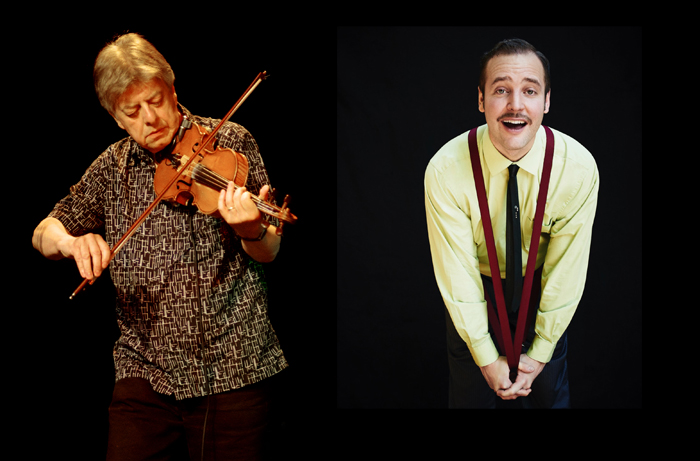 Laurence Corns and Mike Piggott guitar/vocals and violin respectively are two musicians from eclectic backgrounds. Laurence played Swing Jazz in Paris alongside Madeline Peyroux in the Lost Wandering Blues and Jazz Band but has also performed with many artists from Zimbabwe’s Chimurenga scene such as Stella Chiweshe, The Bhundu Boys, Chartwell Dutiro. Mike Piggott was part of the pioneer folk fusion band Pentangle with Bert Jansch, also playing with Ralph McTell and Mungo Gerry. On the other side he has performed with Jazz luminaries Martin Taylor, Bucky Pizzerelli and Diz Dizley to name a few.

The two play classic Swing Jazz from the 1930’s peppered with some Blues and Folk in their own inimitable style which makes for a very entertaining evening.