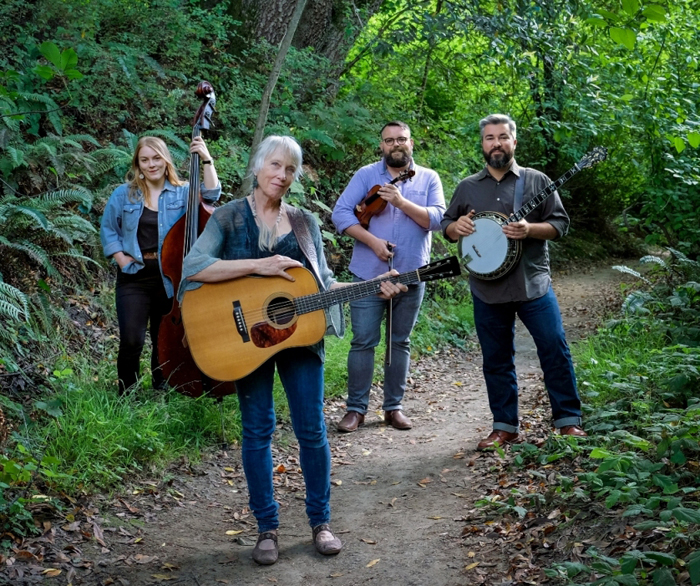 Laurie Lewis is a bona fide bluegrass legend from California. A GRAMMY Award winning artist, she has written some of the most enduring songs in the genre and has released almost 20 albums, performing with scores of acclaimed artists including Linda Ronstadt, Tim O’Brien and Ralph Stanley. A hugely respected bandleader, songwriter, singer and musician, Laurie has influenced many of the next generation of American roots artists, including Molly Tuttle, Front Country, Della Mae and countless others. Winner of multiple International Bluegrass Music Association Awards, Laurie performed on the 1997 Grammy-winning release The Songs of Bill Monroe, and more recently she was Grammy nominated for her album The Hazel and Alice Sessions (2016), a tribute to bluegrass trailblazers Alice Gerrard and the late Hazel Dickens. Laurie’s band The Right Hands features several of the most talented musicians on the American acoustic scene, marrying spectacular musicianship (on fiddle, banjo, guitar and double bass) with top-notch vocal harmonies and skilful interpretations of bluegrass and folk classics as well as Laurie’s original songs.

“I first knew Laurie by her considerable reputation as a fiddle player and a writer of songs. When an opportunity came along to sing with her I seized it. Her voice is a rare combination of grit and grace, strength and delicacy.”  – Linda Ronstadt