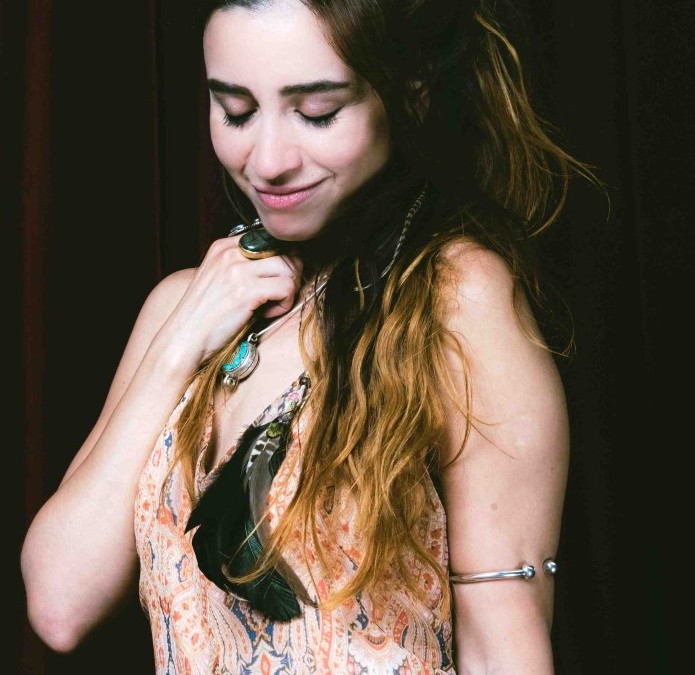 Linah Rocio was born in Santiago de Chile and later grew up in Hong Kong and Zürich/Baden in Switzerland. Her music is a passionate and powerful mix of jazz, soul and pop. Linah released her debut album “All About Secrets” in 2010, her second album “Warrior Talk” following in 2017 released by Aveline Records (Ani Di Franco, Ruth Theodore ). The latter album was well received and enabled Linah to tour in Switzerland & the U.K. with Gitta De Ridder, Melinda Ortner and Rosemary & Garlic.
Her latest release spoken word album “Armour & The Universe” reached many thanks to “Love Letter” featured on Chilltronica No 6 of Blank & Jones. A grant from Aargauer Kuratorium allows Linah to write, compose and live in London.
Her soon to be released EP “Keep Your Grace” which she recorded in collaboration with 14 Latin Grammy Winner Alvaro Alencar
shall be released soon. Linah shall play a few songs of the upcoming EP in an intimate and reduced manner – piano and voice.
Release of “Keep Your Grace” to be announced.

Support: Dominic Silvani is a regular on the London alternative folk scene where he is known as ‘the voice of 1000 caves’. He is releasing his debut solo EP ‘The Impatience of a sinner’ in December. He is also vocalist for indie rock band, The Avon Guard.