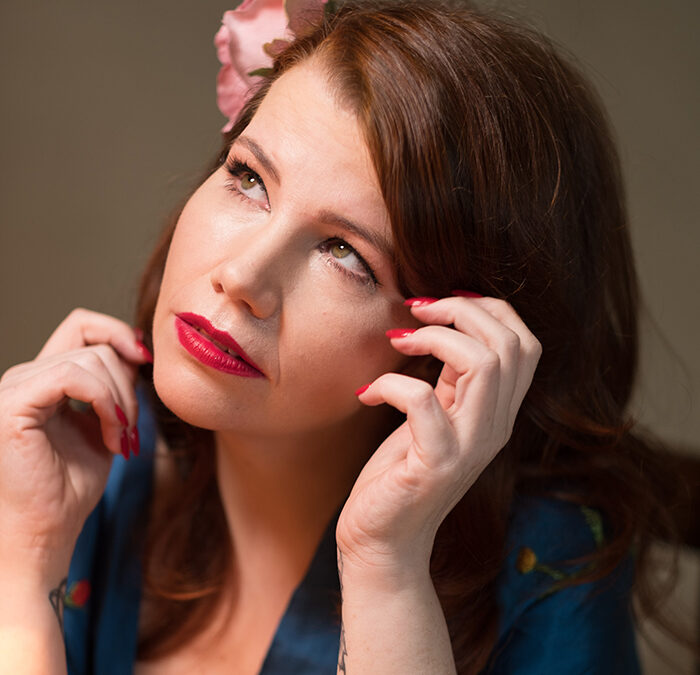 Originally hailing from Waterford, Linda’s family migrated to London’s East End in the 1980s. A natural singer, songwriter and storyteller, her lyrical narrative is comparable to that of authors, poets and playwrights with a strong visual essence, stimulating the listener’s own imagination. Her music explores a wide array of themes from forgotten fateful stories and uncelebrated heroines of the past to her own personal and family experiences.

Her 2018 EP ‘London Irish’ was recorded and produced by Gavin Glass in Orphan Studios, Dublin and received critical plaudits and airplay in all the right places.

In 2020 Linda released a duet with the late, great folk legend Julie Felix – recorded and released just before the sad loss of Julie. This duet was the result of their friendship which grew since sharing a folk festival bill a few years ago.

Linda’s second full album ‘The Merchant’ has a distinctly folk flavour and she is thrilled that it has been produced by English folk royalty in the form of Show Of Hands’ Phil Beer.