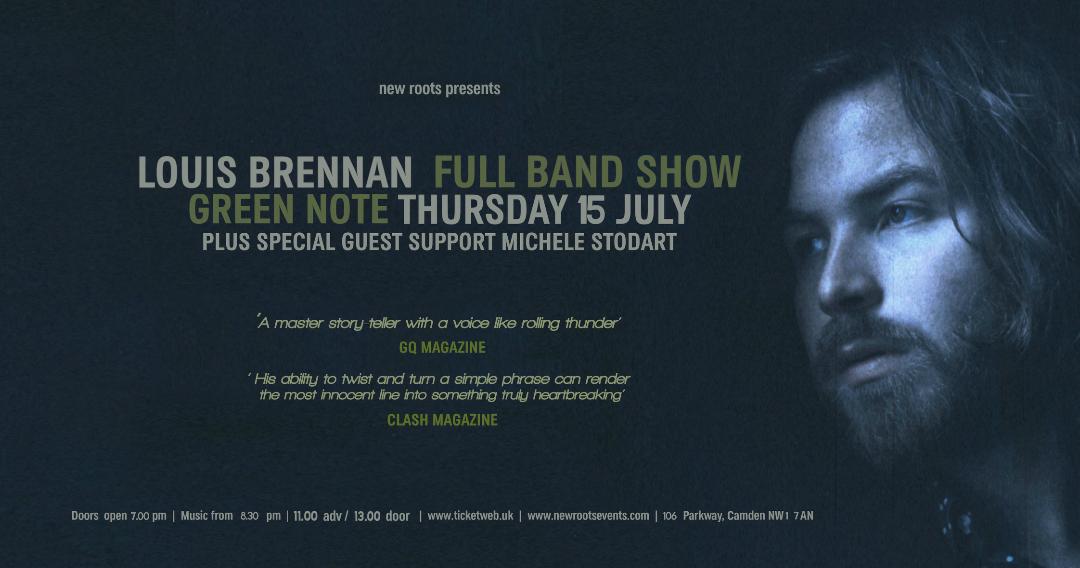 London-based Dubliner LOUIS BRENNAN is a singer-songwriter in the folk tradition. His folk however aren’t the field hands and travelling minstrels of yore but the repressed middle managers and ennui-ridden urbanites of late-stage capitalism. They populate tales of bad sex, half-drunk commutes and interpersonal claustrophobia delivered in Brennans cracked baritone, at times embarrassingly intimate, at times spuriously broad, peppered with pitch-black humour.
His debut album Dead Capital was recorded at Berlin’s Candybomber Studio, located in the now-defunct Tempelhof Airport. Produced alongside acclaimed Irish songwriter A.S. Fanning and legendary engineer Into Krauss, whose credits run from noise-merchants Einsturzende Neubauten to tango pioneer Astor Piazolla, Dead Capital brings together a body of work shaped through dozens of live shows in London and further afield. It was released to critical acclaim in February 2018 with For Folks Sake remarking ‘Dead Capital is an overwhelmingly beautiful album forged from hopelessness’. He plays this evening accompanied by a full band of drums, bass, pedal steel, guitar and keys.
‘A master storyteller with a voice like rolling thunder’ – GQ Magazine
‘His ability to twist and turn a simple phrase can render the most innocent line into something utterly heartbreaking’ – Clash Magazine
‘Someone capable of turning the bleak into beautiful and relatable’ – Gigwise

MICHELE STODART’s career with the Magic Numbers has taken her around the world, to the biggest stages, selling huge amounts of records and receiving a Mercury nomination along the way. She has to date released two critically acclaimed, beautifully written, soul-drenched solo albums.
‘Stodart’s solo career..sits in a rich tradition that encompasses such touchstone female performers as Karen Dalton and Judee Sill…Etta James..Alison Moorer [&] Gillian Welch. Pieces may well be the most impressive record she’s ever made, with or without brother Romeo and band’. MOJO Magazine