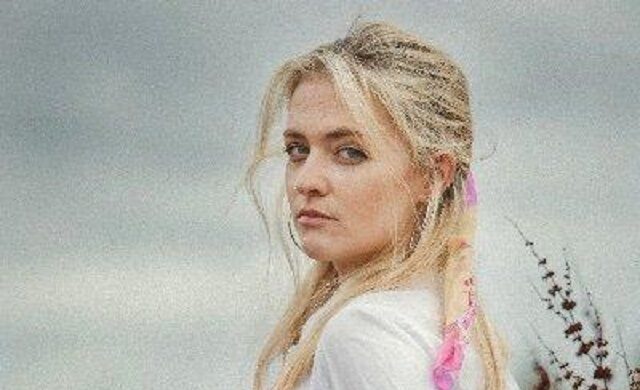 LOUISE PARKER is a modern country pop singer from Chelmsford in Essex. Her early career saw the release of two EPs – Robin Hood in 2013 and The Lemon Tree in 2016. The years since have seen a sea change in musical direction, ignited by a move to Nashville for several months. This added a country music influence into Louise’s sound.

Since the beginning of 2019, the singer songwriter has released several singles and achieved chart success. Her first top 10 hit in the UK country chart came in the latter part of 2019, when the single ‘Rear View Mirror’ reached exactly number 10. Another top ten hit followed with ‘Story of Love’.

‘Lie to Me’, the most successful release of Louise’s career, reached number 2 on the iTunes Country Chart. Lie to Me recently eclipsed 9,000 plays on Spotify, making it also her most successful streaming release to date. This song saw Louise release her first ever music video (July 2020).

Louise Parker was nominated in three categories in the UK Country Music Spotlight Awards last year – ‘Best UK Female’, ‘Best UK Song’ with Lie to Me and ‘Best UK Video’ with Just Friends. She also received nominations for ‘UK Country Artist of the Year’ and ‘UK Female Country Singer of the Year’ at the UK Country Music Awards. One of the highlight moments of her career so far was being asked to open at the 2020 UK Country Music Spotlights at the Water Rats in London. It was an incredible experience for the Essex based artist and at the end of her set she was joined by four other country artists from the UK.

Louise has been lucky enough to play music at some incredible places. The Bluebird Café in Nashville is a venue she played twice while living in the US (made famous perhaps by the TV show ‘Nashville’ – a show that Louise also appeared in as an extra).

2021 has been the most exciting year yet. Despite the ongoing difficulties due to Covid-19, Louise released her debut album ‘Living in Silver Linings’ in April. This had been a lifelong dream and she is proud to have written, played on and co-produced every single song on this album. Originally planned for release Spring 2020 the decision was made to postpone after the world was hit by the pandemic. Although this was a heartbreaking decision it gave Louise more time in the studio and bought the epiphany of recreating her acoustic tracks from 2019. This album has also taught Louise to be true to herself and her intuition.

October 2021 sees the start of ‘The Imperfect Recovery’ era of Louise’s career, which launched with the release of ‘I’ve Forgotten How to Smile’. The song hit the top spot of the UK iTunes Country Chart on release, giving Louise her debut number one single. Watch this space for the next chapter…

SHANNON HYNES is an independent, Welsh songwriter and artist drawing influences from the Country, Americana and Folk genres. Shannon pairs an organic, traditional instrumentation with her deep intricate lyrics, all upheld by the dulcet innocence of her vocal. Receiving comparisons to modern leaders in the genre such as Kacey Musgraves and Clare Bowen, she has also been likened to legendary musical icons such as Dolly Parton and Emmylou Harris.

The unapologetic way in which Shannon conducts herself and her music exemplifies why she has gained such great respect on the UK Country scene and is described as the ‘one to watch in 2021’.

With iTunes #1’s, headline shows, national and international radio play, recognition in the forms of ‘Hits Brits Champion’ on Country Hits Radio and a ’UK Country Music Spotlight Award’ nomination, Shannon looks forward hopefully for a return to the live music scene and beginning a new chapter of her musical journey, perhaps stepping away from the ‘girl next door’ persona we have come to know and introducing a fresh, fiery attitude.