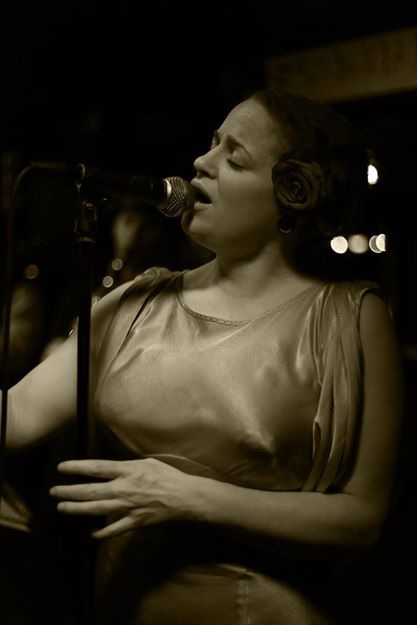 LUCY ORME & GUESTS: A trio performing numbers reminiscent of the golden era of jazz, covering uptempo dance hall tunes from the 1920’s to the 1950’s in addition to some well known ballads. Many musical influences are at play apart from the great icons like Irvin Berlin and Billie Holiday attention is given to the lesser known such as Fletcher Henderson.

As a vocalist Lucy has performed with The Silver Ghosts at reputable venues around town including The Royal Albert Hall, Ronnie Scotts and The 100 club as well as special swing dance nights across London. Music-News.Com has reviewed Lucy describing her as “enchanting vocals effortlessly transporting the audience back to the glory days of Rogers & Astaire”.

Originally trained as a violinist, Richard Jones began playing jazz piano during his time at the RNCM and will soon complete the jazz master’s course at Trinity Laban where he has studied with Simon Purcell, Nick Weldon and Martin Speake. He has appeared at venues such as Ronnie Scott’s and The Verdict in Brighton with Beats & Pieces Big Band and the Jack Kendon Quintet