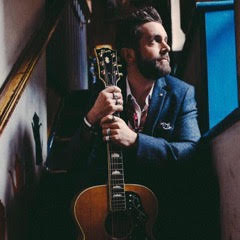 LUCY ZIRINS:
London based singer-songwriter Lucy Zirins hails from the small town of Burnley, Lancashire. With visits to Italy and France under her belt by the time she was 18 years old, Lucy began gigging solo at just 16. She picked up the guitar aged 12 after inheriting one from her late Uncle and began songwriting early on.

Her first album “Chasing Clocks” debuted in 2013 to good reviews and airplay from national BBC Radio 2 and BBC Radio 6, with respected country magazine, Maverick Magazine saying: “There are not too many debut albums as promising as this” (4 stars) and R2 Magazine praising the album for it’s “modern folk-tinged country” sound and Lucy’s vocal delivery.

Featuring pedal steel legend BJ Cole and Richard Causon (Tom Jones, Ryan Adams) on keys, the album’s material was written and arranged by Lucy, and produced by mentor and long time friend, Michael Messer, who she met at the European Blues Association week, age 15, after receiving the Sam Mitchell Scholarship. They made the bold decision together to record the album in an analogue environment at Liam Watson’s (co-producer) Toe Rag Studios, recording live with minimal overdubbing.

In November 2015 Lucy released “What’s in Front of Me”, a six track follow up EP to “Chasing Clocks”. Featuring Lucy’s live touring band “The Southern Company” including Andy Crowdy, Simon Price and Pete Billington, it features an eclectic mix of vocals, double bass, guitar, strings, keys, organ and drums and percussion. The EP encompasses a mix of genres, from country stomper “Changing Ground”, to the celtic folk inspired “You Won’t Remember Me”, to the blues rock influenced “Worry and the Wine”. Self penned, the EP was recorded and mixed by Jim Knight (Leona Lewis, The Kooks) of Knight Time Studios in Ealing. R2 (Rock ‘n’ Reel) Magazine reviewed the EP saying: “Still in her early twenties, if she can continue to write songs of this calibre, Lucy Zirins will become a major player”. EP track “Mercy” was recently picked up by the nationally syndicated BBC Mark Forrest show which showcases the best of local BBC radios and goes out across all 39 stations.

ALEXANDER MCKAY:
British singer/songwriter Alexander McKay was born in Wellington a small village in Somerset, England. He moved at an early age to Swavesey, Cambridgeshire and was turned on by his parents to folk heroes John Renbourn, Nick Drake and American artists Bread, Dylan and Jackson Browne.

He started his musical life in his teens playing in local bars and clubs in Birmingham and London where he studied at London College of Music. Moving to Los Angeles in 2001 he travelled through America finding influence and inspiration for the songs that would later become his debut EP, “Brings Us Together”. Released in 2015 on AWAL. The EP is essentially a road diary. Balancing folk and rock accompanied by his raspy voice and rhythmic guitar finger picking. Unique, soulful and warm.

2015 has seen him extend his talents to the big screen debuting as an actor in a new independent film titled “Stones” about music, love and alcoholism. Being cast after director and screenwriters heard him perform at a party back in 2013.

The Film and soundtrack and film will be released in the 2016.

WILL SHACKLETON BAND:
Fronted by singer/songwriter Will Shackleton this UK based roots-rock/blues-country band were formed around a love for classic songwriting, great musicianship and ‘real’ music. With influences of Little Feat, The Allman Brothers Band, Jackson Browne and Eric Clapton their sound is a fusion of twin electric guitars, lap steel/slide guitar and male/female harmonies.