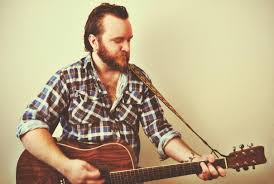 LUKE TUCHSCHERER is a critically acclaimed British singer/songwriter now based in New York City. Don’t miss him as he returns to the UK for a select few dates to support fantastic new album Pieces.

“Tuchscherer can not only compete with the best British singer/songwriters but also with the top international alt.country acts.”
Heaven Magazine (Netherlands)

“The literacy of his lyrics and the superb arrangements lift the album above many who could be considered his peers. But his greatest strengths are the warmth and quality of a voice that ensures– and the incredible melodies that are so catchy they will have listeners mistakenly thinking they he can master any emotion he wishes – perfect for his take on country music are familiar with them.“
– American Roots UK

“One of the finer new singer/songwriters of today.”

“Don’t think too much, people” is the spoken word snippet that begins the title track of AMELIA WHITE’s newest album, “The Rhythm of the Rain”. It’s a flippant warning, a half-joke, a sideways call-to-arms that announces a casual subversion threading through these rollicking 9 songs from the opening explosion of summer sunshine, through the heat of lust and addiction, landing with a glance at politics and fate while the window is still wide open, warm breeze blowing in the late afternoon. Amelia White asks us to not take it all so seriously and, at the same time, shows us how critical it all is: love, fate, death, grief, politics, which isn’t surprising considering that White made this record in the four days between her Mother’s funeral and her own wedding. “The Rhythm of the Rain” digs deep. Her well worn smokey pipes deliver a rawness you’d expect from mining that liminal space between grief and joy.

“Amelia White’s voice has the craggy, jagged grit and pain of Lucinda Williams at her best but it also has a sweetness that Ms Williams doesn’t possess. Allied to White’s gift for melody, some mighty fine playing from her musicians and songs that can go toe to toe with anyone and you have an album that, even this early, is going to be one of the best of the year.” Maverick