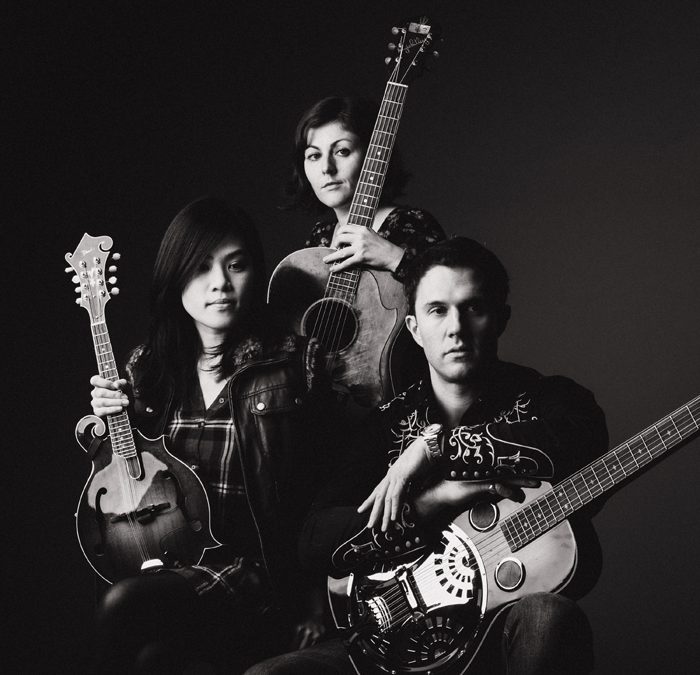 LUNCH SPECIAL: Lunch Special are an international stringband based in London, playing a mix of bluegrass, old-time and gospel originals and treasures. Taking their inspiration from their diverse backgrounds spanning Hong Kong, America, Italy, Norway, Ireland and finally settling in London, the trio play off-kilter originals and buried classics with a soulful, raucous energy.
Firmly on the ascent, Lunch Special were selected last year after being freshly formed, to play at the AMA UK Showcase, are playing at major UK festivals this summer and are headlining some of England’s best known bluegrass festivals. They are releasing their forthcoming E.P in summer 2019 and their debut album in December, recorded and produced in the U.S by Jimmy Prendergast.
They have been compared to Dolly Parton, Della Mae and The Stray Birds but just as easily are comparable with old brother duos from the bluegrass heyday.