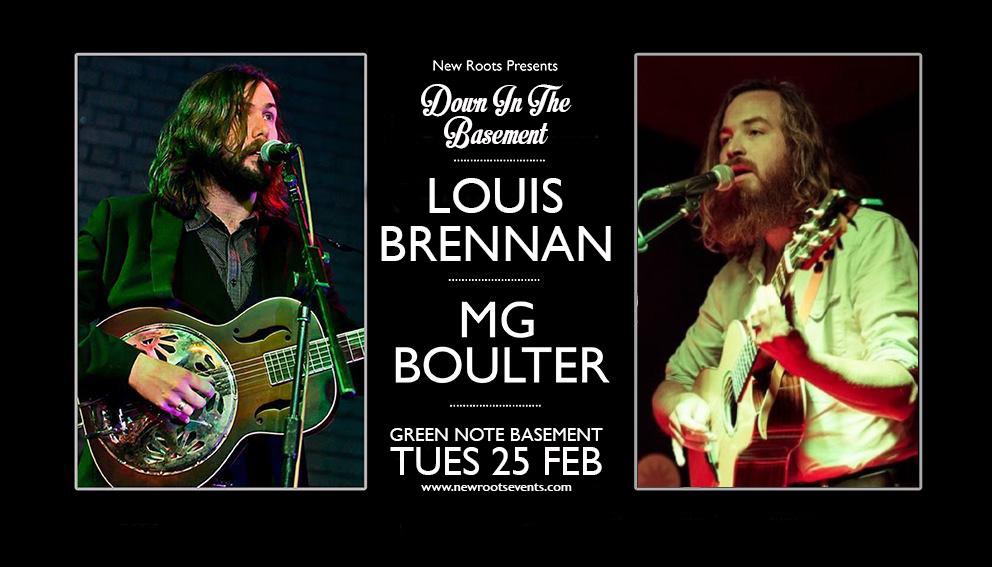 New Roots presents… perfect contemporary singer-songwriter double-bills in miniature in the 25 capacity Green Note basement.
M G BOULTER is a singer and songwriter living on the coast of the Thames Estuary, England. Releasing his debut album in Spring 2012 under the name The Whispering Pines, Boulter has been an integral member of leading UK Americana band The Lucky Strikes since 2007, starting out on bass before switching to guitar and vocals, as well as penning much of their material. Since accompanying Simone Felice (The Felice Brothers) on various dates including a prestigious Green Man Festival headline set in 2011, Boulter has become a full member of The Simone Felice Band, touring the US and UK, also opening shows as solo performer. As a much sought after pedal steel and guitar player he has also worked with Conor Oberst (Bright Eyes), Mumford & Sons, Emily Portman’s Coracle Band and Blue Rose Code.
“Gorgeous, in a word” ★★★★ Uncut
“Highly recommended” ★★★★★ Independent on Sunday
“Brings freshness to songwriting” ★★★★ Telegraph
★★★★ Mojo

London based Dubliner LOUIS BRENNAN is a singer-songwriter in the folk tradition. His folk however aren’t the field hands and travelling minstrels of yore but the repressed middle managers and ennui-ridden urbanites of late stage capitalism. They populate tales of bad sex, half-drunk commutes and interpersonal claustrophobia delivered in Brennan’s cracked baritone, at times intensely intimate, at times broad, peppered with pitch-black humour.
“A master storyteller with a voice like rolling thunder” GQ
“His ability to twist and turn a simple phrase can render the most innocent line into something utterly heartbreaking” CLASH