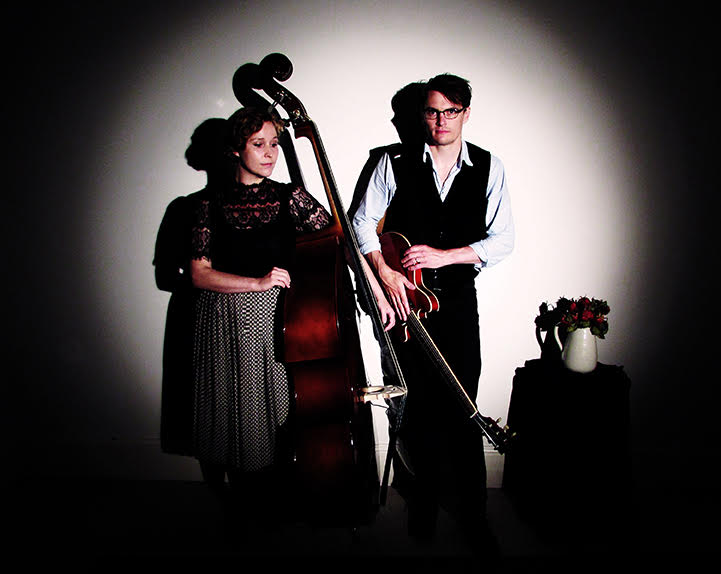 After 2020’s album tour that never was, Somerset based duo MA POLAINE are ecstatic to be back at Green Note.

They have been described variously over the years, with references to Billie Holiday, Tom Waits and a “moody Mary Margaret O’Hara”, yet Ma Polaine’s sound is very much their own. Beth’s effortlessly distinctive vocals and evocative lyrics coupled with Clinton’s understated guitar underpin the songs, and on their latest release “City of Love” we hear the character of Ma Polaine explored more deeply than ever before.

“City of Love” received wide-spread acclaim and earned the band “Best band/duo” award from Fata Magazine, with MOJO magazine saying they “have evolved a pop-folk-blues-americana style that is warmly familiar, yet is sufficiently unhinged to keep you guessing”. The first single from the album is Morphine, described by the band as “what Lucy in the Sky with Diamonds was for LSD, this one is for childbirth” and racked up airplay on 6 Music and Cerys Matthew’s Radio 2 Blues Show.

Playing live as a duo the songs become sparse versions but they achieve a surprisingly full sound. Beth’s electric and double basses anchor the sound, with occasional accordion and harmonica, leaving Clinton to play with the space between the vocal, sometimes with rich, warm chords or gritty distortion.

Reviews of City of Love:

MOJO Magazine – 4 stars. “Ma Polaine’s Great Decline have evolved a pop-folk-blues-americana style that is warmly familiar, yet is sufficiently unhinged to keep you guessing…”

Morning Star – 5 stars. “Packer’s voice has a superb range, but it is her interpretative skill that entrances, with the effortless shifts that imbue her evocative lyrics with rare emotional charge”.

Folk Radio UK – “..an album to be cherished, replete with enchanting musical treats around every corner”.

Blues Matters – “This is 21st-century music chock full of mystery and acute observation”.