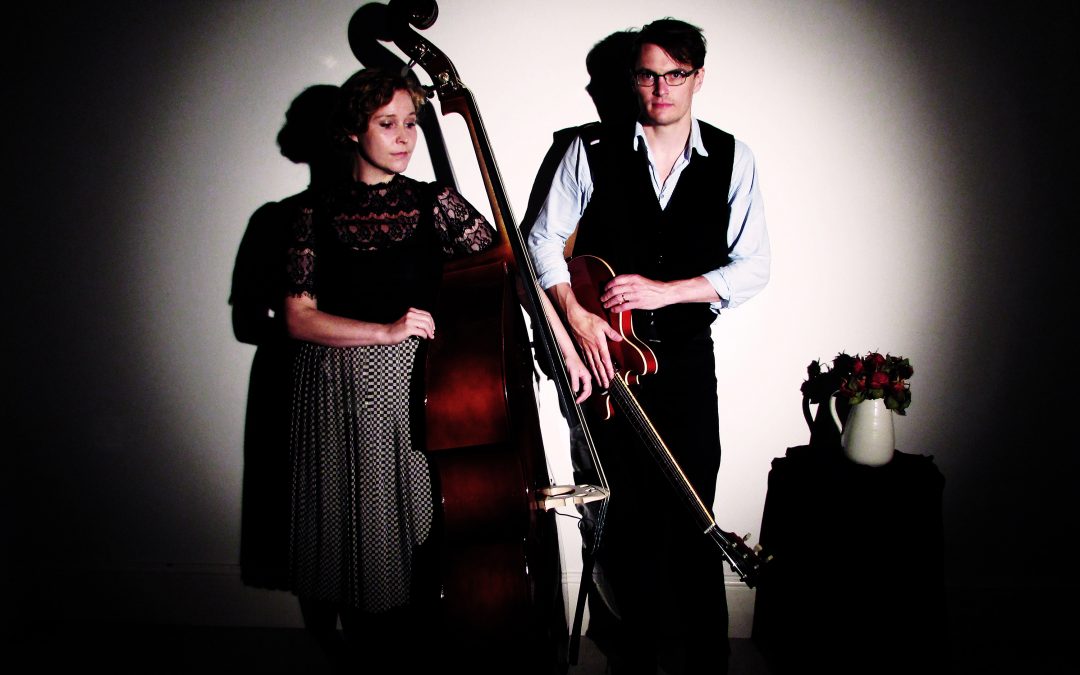 MA POLAINE’S MELTING POT is a night of music from Beth & Clinton of Ma Polaine’s Great Decline. Playing versions of the songs that have inspired them along their way to creating the ‘Ma Polaine’ sound, expect to hear songs by the likes of Nina Simone, Tom Waits, Aretha Franklin, Townes Van Zandt, Carole King, Billie Holiday, Ray Charles, Joni Mitchell and Nick Cave.

The duo perform with Beth on vocals, double bass, accordion and harmonica and Clinton on electric and acoustic guitar and they have been described as “like a young Billie Holiday gate-crashing a Tom Waits Swordfishtrombones recording session”, or “a moody Mary Margaret O’Hara”.

Their recent release The Outsider has had wide-spread radio play, including Tom Robinson’s BBC 6 show, Verity Sharp’s Late Junction on BBC Radio 3, The Radio 2 Blues Show and 2018 came to a close with a runners up spot in the fRoots editor’s choice album of the year category. Described as a hard to pigeon hole act, you’ll get a taste of why when listening to the duo perform their own versions of some of the greatest roots music of all time that has been an inspiration to them both.

R2 Magazine: “…an intangible element peculiar to themselves”

Blues And Soul Magazine: “The icing on the cake is their vocalist. Stunning singer Beth Packer is someone to get to know”.