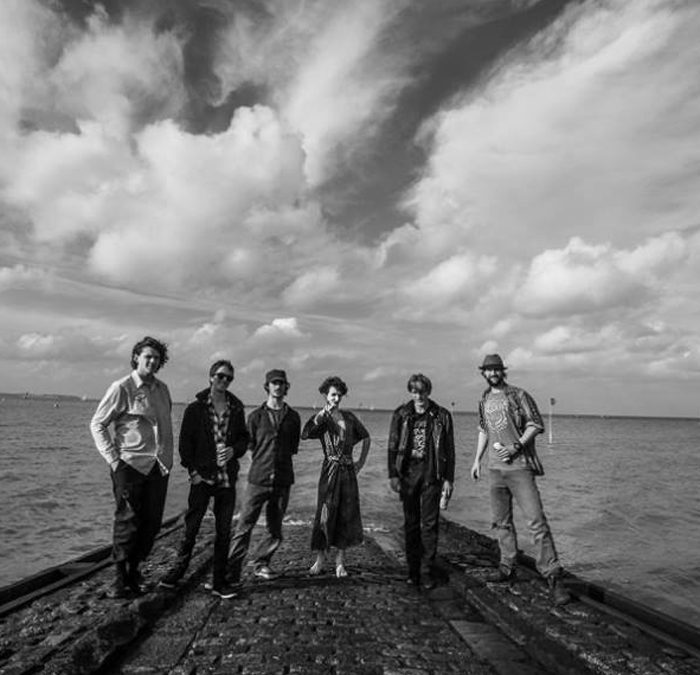 “like Tom Waits at a gypsy wedding in outer-space.” Rob da Bank, DJ and Bestival organiser

“A band that would be hard to pigeonhole in any shape or form and a band that once you have seen live you will never forget.” Dave Chinnery, Rock Regeneration

“…a spellbinding performance.”  Jaz Delorean, frontman of Tankus the Henge

With the spirit and inventive momentum of a Steinway grand piano hurtling down a busy inner-city intersection and all of the primitive fun-loving elation of a group of primates throwing bananas at a wall, Mad King Ludwig & the Mojo Co. are an exciting prospect, both on and off the record.

Described by Rob da Bank as “like Tom Waits at a gypsy wedding in outer-space”, in 2017, they released their debut EP ‘Freak-Bop Stew’ to a near-sell-out crowd at the Joiners, Southampton, sold-out The Railway, Winchester for a mini-festival event in collaboration with Blissfields Festival, played Common People Southampton, Blissfields and Rhythmtree festivals, supported The Urban Voodoo Machine and Tankus the Henge, and recorded their debut single with Grammy-winning producer Liam Watson at Toe-Rag Studios. They have toured the UK, from London to Liverpool, Bristol to Southend, and will play Isle of Wight, Victorious, How The Light Gets In, Alresford, Rhythmtree festivals, amongst others, in 2018.

To put it simply via means of a metaphor, if you enlisted this group to paint your house red, you’d find upon the job being finished that it was both the requested colour and all those others that populate the rainbow, all at once. If that sounds like your cup of tea, put down that cup, get out of that house, and get down to their next show. You won’t regret it.