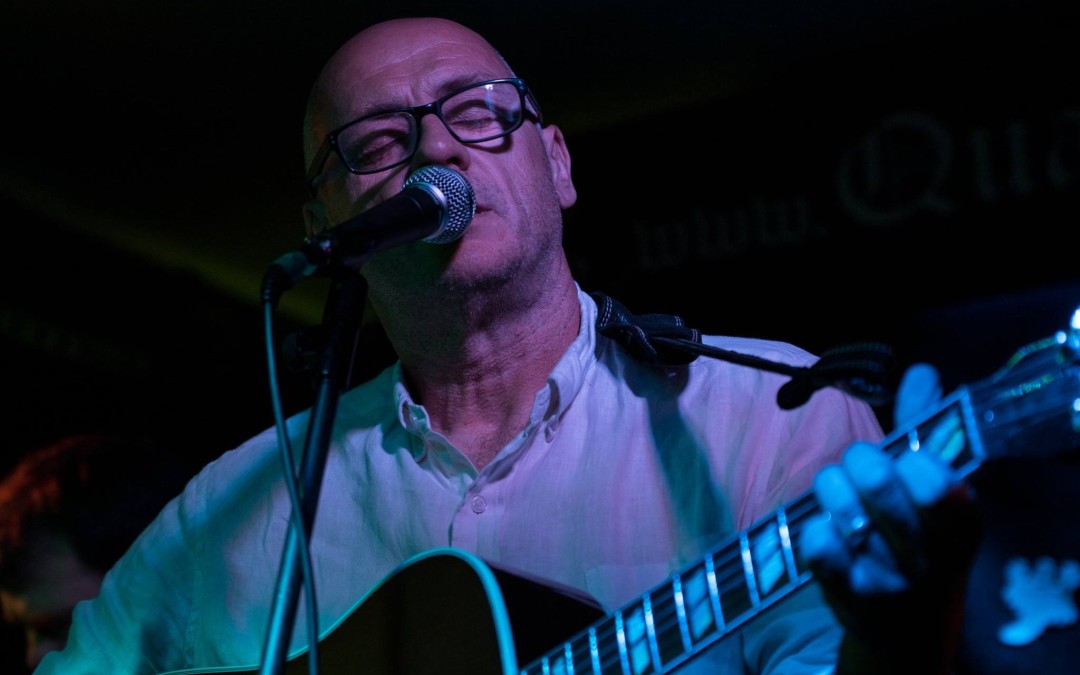 Maddison’s Thread create an earthy, acoustic driven soundscape that perfectly complements the realism of Lee Maddison’s conscientiously crafted songs. These are strongly melodic and unashamedly accessible, ranging from personal idylls of a world to strive for, to reflections on the materialism and inequalities which pervade modern life. It is an eclectic range of material, rooted in folk whilst embracing elements of blues, rock and country.

Lee is an outstanding singer, songwriter and guitarist from Hartlepool in
the North East of England who possesses a knack for writing clever, intelligent lyrics that communicate to diverse generations. He is joined by the sublimely colourful bassist, Nige Spaven and internationally acclaimed fiddle virtuoso, Stewart Hardy, whose lyrical and expressive fiddle lines weave a kind of magic, enhancing the vocal throughout.

“Well-written music with thematic substance is a scarce commodity in the modern entertainment era, and Maddison’s Thread is refreshingly original in that regard.” (Justin Carlton, Phantom Tollbooth USA)

“It’s staggering to consider this is Maddison’s first recording; it stands head and shoulders above the norm.” (Ian Cripps, FATEA Records)

“Maddison has a quite outstanding vocal and one that is instantly recognisable.” (Martin Hutchinson, Progradar, Live Review)

“The performance was excellent and the packed Big Top audience was very keen for more at the end. Voted ‘the find of the festival’ by many. Book them before they realise how good they are!” John Watterson, Festival Programmer, Beverley Folk Festival

Lee released his debut album, the self titled Maddison’s Thread in 2015, “… an incredibly polished debut” (Ian Cripps, FATEA Records), and his second album, Sixty Minutes An Hour launches in January 2017; “an utter musical triumph and should be one of the highlights of 2017 for any lover of great music, I cannot praise it enough.” (Martin Hutchinson, ProgRadar)