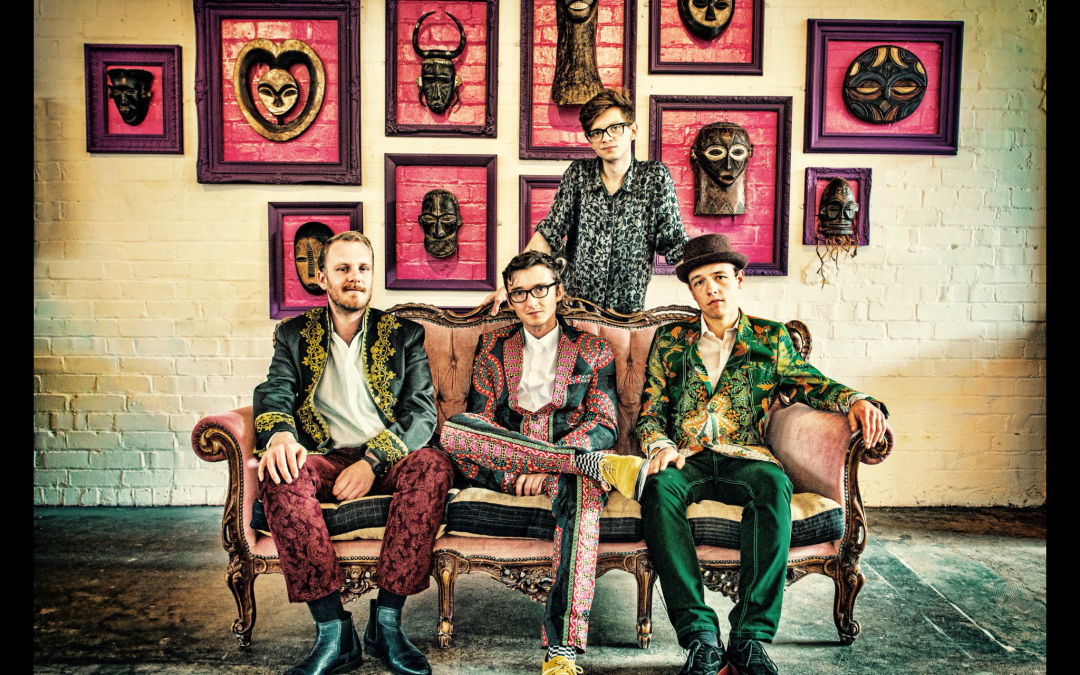 MAIA are self-proclaimed sci-fi folk evangelists and have spent the last 3 years touring and playing festivals and as a result have morphed and matured into what has been described as “Harmonic psychedelic sci-fi folk and disco rock….”. Winners of the Yorkshire Gig Guide award for ‘Outstanding Live Band’ in 2014, MAIA are taking a break from recording to play a string of dates to showcase some of the new material from their forthcoming album to be released in the Autumn. Their genre busting mix glides easily from sweet stunning vocal harmonies to complex blissed out grooves; punctuated by echoing banjo, shimmering mandolin, spooky brass and captivating vocal melodramas.

Support from The Beatrix Players: An all female trio based in London, combining dramatic piano, strong cello and heady vocals, using dark melodies to tell their stories of real life and fantasy, influenced by a love of film scores and classical composition, they experiment with different styles of pop, classical and rock to create music not for the faint hearted.
“A warm series of piano-driven songs that combine the dynamics and vocal delivery of Kate Bush with Tori Amos piano-gymnastics… There’s a chamber feel to their arrangements…I’m reminded of brightly lit afternoons in the Georgian rooms of a conservatoire.” Paul Woodgate, Folk Radio
“Gentle on the ear but strong enough to make a great impression on the mind. A waft of elegant anglicana, which hints at jazz and levels of unplugged sophistication. So good they should be declared compulsory listening for all those seeking music beyond the norm.” Simon Jones, Moorlands Radio