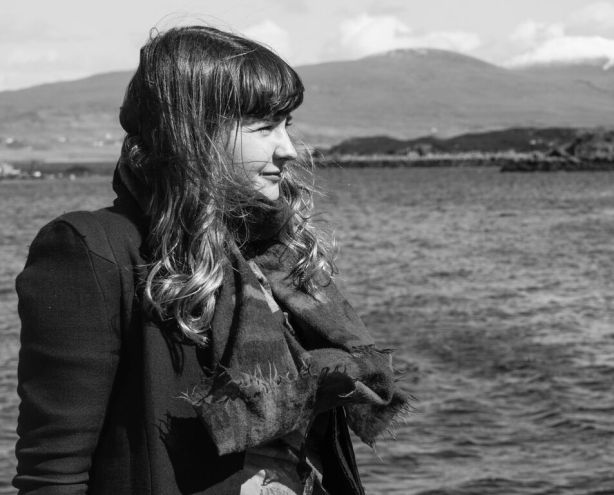 Mairearad Green has performed at The Green Note many times before with her duo partner, Anna Massie and also with well known folk band, The Poozies. This June will see Mairearad (accordion, piano, voice and pipes) return to perform her new solo album, Summer Isles.

“A touch of island magic…” The Scotsman

“It is impressionistic – in the same vein as Bonobo or Sigur Ros even.” fRoots Magazine

Having grown up in the West Coast Coigach peninsula of the Scottish Highlands – an area steeped in culture and local traditions – Mairearad was introduced to folk music at an early age. Renowned for her deft and lyrical accordion style, as well as her dextrous piping, Mairearad is in great demand not only as a performer, but also as a composer.

Mairearad regularly performs alongside multi-instrumentalist Anna Massie, creating “music much more than the sum of just two parts” (The Scotsman) whilst she is also a member of The Poozies. She has previously toured with Eddi Reader, Karine Polwart, The Unusual Suspects, Box Club, Matilda Brown’s ensemble, and Tunebook with Ross Ainslie and Simon Bradley.

With composition a lifelong passion of Mairearad’s, many of her tunes are fast becoming staples in sessions throughout Scotland, and further afield, with “Maggie West’s Waltz” and “Dram Behind the Curtain” amongst the favourites. The latter was recorded on Eddi Reader’s deluxe Robert Burns album, with Eddi claiming it to be “the best Scottish tune [she has] heard in years”. By popular demand, Mairearad released an EP of five self-penned tracks, “Maggie West’s” in 2013.

Mairearad scored a five star review for her first solo album, “Passing Places”, her suite of tunes commissioned by Glasgow’s Celtic Connections festival, for their New Voices series. The concert was recorded and released on CD/DVD – featuring images from her native Achiltibuie and the surrounding area – alongside a book of her original compositions, which includes the full suite as well as many others. The project’s success led to Mairearad winning PRS Composer of the Year, at the Scots Trad Music Awards the same year.

A natural and seamless progression from “Passing Places” is Mairearad’s latest solo album, “Summer Isles. ” Before writing the album Mairearad spent many weeks researching stories from the islands, in particular, well known publications such as ‘Island Years’ by Frank Fraser Darling and ‘Trowel in my Hand’ by Mairearad’s relation, the poet Neil Macleod. These books, as well as newly written poems from local artist Jan Kilpatrick, set the direction for Mairearad’s compositional style as more song based. Guest vocalists are, Hector MacInnes from Skye and Scotland’s much loved singer/song writer, King Creosote. Musicians include bassist, Ross Saunders from Glasgow funk band, Federation of the Disco Pimp, Scott Mackay, drummer in Roddy Harts band, Clarinetist, Jo Nicolson, Bluegrass banjo player, Pat McGarvey and fellow folk musician and composer, Mike Vass on fiddle and backing vocals. Also, on backing vocals are Annie Grace, Jeana Leslie and Hamish Napier. The variety of musicians from different stylistic backgrounds makes for an exciting and unique direction for Mairearad’s writing, and Producer, Iain Hutchison, is key to the final album sound. Iain has a passion for creating refined and inventive new studio sounds and, more exciting to this project is his desire and skill in preserving the emotion in the music, going beyond any technical skill. With Iain’s production style, the fundamental roots of Mairearad’s music are beautifully captured. This album project was supported by Creative Scotland.