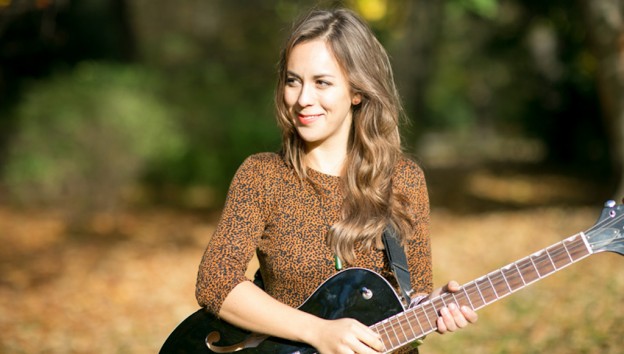 ALEV LENZ
Since the release of her debut album in her home country of Germany, the singer/ songwriter/ producer has busied herself with gigs in London and New York as well as composing soundtracks for several high profile German films. Since arriving in London, Alev has played shows at The Vortex, the hub of the capital’s avant jazz and electronic scene, had an exhibition of her own artwork and hosted a weekly show on the independent NTS Radio station.

She has recently finished the production of her second album in London’s Premises Studios. Song No. 1 and Memphis, the first tracks taken from Alev Lenz’s second album, demonstrate a diverse set of influences, from European classical to experimental electronics. Song No. 1 / Memphis were released as Alev’s first UK single. Her main collaborator for the album was acclaimed Finnish drummer Samuli Kosminen (Múm, Hauschka, Kronos Quartet, Jónsi). A mutual friend suggested they work together, which was the starting point for weeks and months of emailing sessions from London to Helsinki and back. Upon hearing ‘Memphis’ Jas Shaw of Simian Mobile Disco was taken by the sound and offered to mix the whole album.