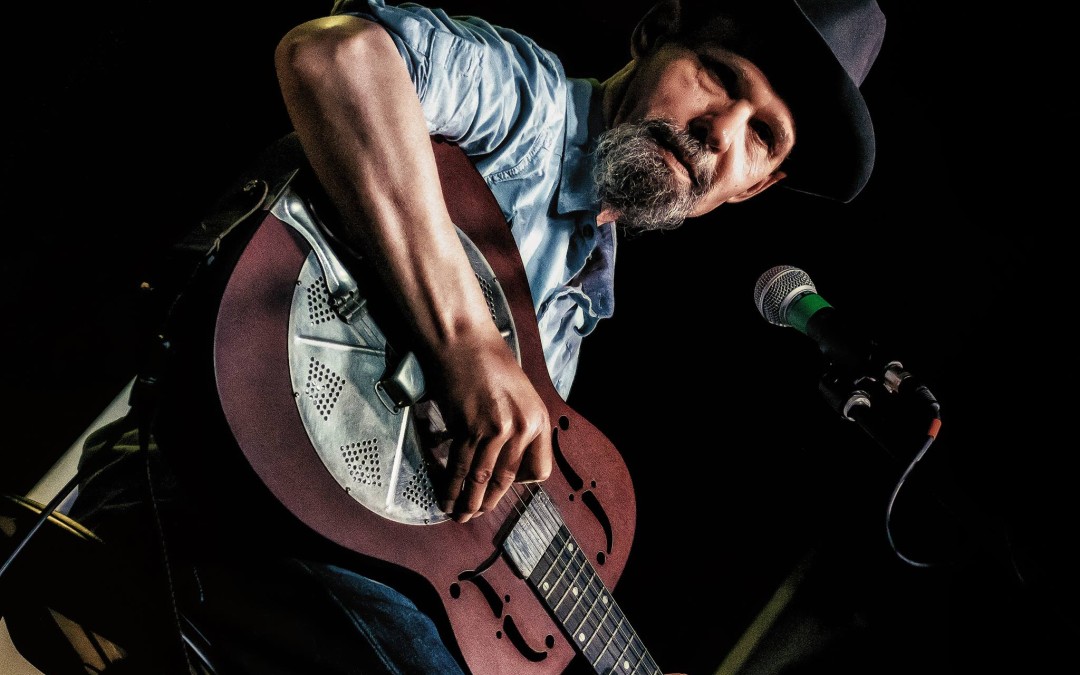 MARK HARRISON
Mark Harrison’s highly individual, all-original music has been going down very well with audiences of all kinds, and it has taken him to some of the top venues and festivals in the UK, attracting acclaim wherever he goes. Mark has taken the style of the early blues and folk/blues innovators, and given it totally modern relevance. His songs all have something to say or a story to tell. With their memorable tunes, striking lyrics and strong rhythms, they make people think, smile and move. He is doing something genuinely fresh and different, tapping into the timeless quality of ‘old’ music to produce something brand new and totally relevant to the present day.
Mark’s live shows are well-known not only for the music but also for his introductions and explanations of the songs, and audiences frequently comment on how big a part these play in their enjoyment of the shows. Delivered in a manner often described as ‘wry’ and ‘dry’, these mark him out even more as a unique artist.
Mark is a thrilling, rhythmic, finger-picker and slide player, with a very distinctive style. He appears solo and with band, his band consisting of some of the UK’s top roots musicians. With them he has released four albums which have been unanimously acclaimed across a wide range of areas of the music world, receiving a very great deal of airplay (including BBC) and highly enthusiastic reviews in the UK, Europe and the US.
Recently Mark has appeared at top festivals such as Celtic Connections, where his headline concert was a sell-out, and at prestigious venues all over the UK. He also received two nominations in the British Blues Awards (Songwriter & Acoustic) in 2015. In 2015 he released the live album On The Chicken Sandwich Train and 2016 sees the release of his eagerly anticipated new studio album Turpentine. He is currently touring all over the UK.

NIALL KELLY
Originally from Derry, Northern Ireland Niall has lived and worked as a professional musician in London for eleven years. He is a stalwart of the London Blues scene and is known for his original sound and blistering vocals. Not to confine himself to one genre, Niall is also well known as a songwriter and writes across many genres including folk, Americana and roots music, with all of his songs capturing his honesty and charm within their beautiful melodies. After releasing two critically acclaimed albums and receiving a 4 star review in Q Magazine (“Balm for the soul”) Niall is now ready to bring his songs out into the live circuit .