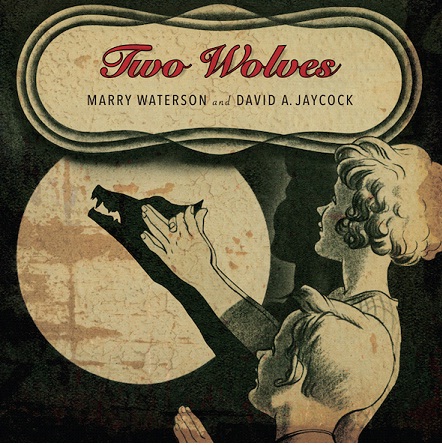 Please note Marry and her record company are offering ‘A choice of free album or CD with any pair of tickets bought’ for this concert, so please buy in advance.

MARRY WATERSON: Marry is the daughter of Lal Waterson and George Knight and was born in the city of Hull, East Riding of Yorkshire. She made her recording debut as a guest on the album A True Hearted Girl by Lal and Norma Waterson in 1977. In 1988 she formed an occasional singing partnership with her mother Lal, aunt Norma Waterson and cousin Eliza Carthy under the name The Waterdaughters. She has since been a guest performer on numerous Watersons and Waterson:Carthy recordings and has often performed live with her family at festivals and special performances.

Marry Waterson returns with a brand new album made in collaboration with David A. Jaycock on 20th November.  Entitled Two Wolves, it was recorded in May of this year and produced by guitarist Neill MacColl and multi-instrumentalist/ arranger Kate St. John.

The seeds for the collaboration were sown in 2013 when David was asked – via mutual friend and collaborator, James Yorkston – to rearrange Yolk Yellow Legged, a co-write with Yorkston taken from Marry and brother Oliver Knight’s 2011 debut The Days That Shaped Me. David had been struck by the character and warmth of Marry’s singing when he saw her performing with Yorkston in 2009. “It was earthy, dreamlike, warm, powerful and jagged. It had the capacity to be both melancholic and joyful and it could tell a story – of course Marry Waterson could tell a story!”

When Oliver elected to take a break from music last year, Marry found herself without a musical foil (“I don’t play an instrument, my tunes are sung into existence.”) So she was intrigued when David – described by Yorkston as a ‘Cornish hermit and underground psychedelic freak-ball’ (!) – renewed contact to see if she would be interested in working together.

Hearing David’s music was to prove revelatory. “I felt like I had entered through a door hanging askew on one twisted hinge into a surreal world of cobwebs, all layered guitars and synths,” recalls Marry. “Sometimes it’s scary in there, but mostly it’s beguiling.” All the more so as Marry discovered that “I could sing anything into David’s tunes, the words just wrapped themselves easily around the melodies, though I had to be quite inventive sometimes to accommodate certain structures – and that gave me a different voice.”

Starting with what became Sing Me Into Your Tune – completed in a matter of hours – Marry & David entered into an eager musical correspondence by email and by phone. “What was coming back from Marry convinced me that we were on the right path. I felt a more tonal, but still dreamlike, surreal and at times dark sound was emerging. It was fascinating and exciting sending ideas and waiting to hear what came back. I could still experiment and be playful but always had an ear on keeping to a more traditional structure. Marry was interpreting the pieces beautifully. The lyrics were complete.  I felt we were working almost telepathically at times. Modern technology making it all possible.”

The match made, Marry went about assembling a team of musicians around her to best service the material. Having previously worked with Neill MacColl and Kate St. John on several projects including Hal Willner’s Rogue’s Gallery at Sydney Opera House, the Bright Phoebus tour and on the forthcoming Ewan MacColl tribute album Joy of Living (contributing The Exile Song), the pair were the obvious choice to produce the record, in turn enlisting the help of outstanding musicians Kami Thompson (The Rails), Michael Tanner (Plinth), Alison Cotton (Saloon), Simon Edwards (Fairground attraction) and Emma Black (Royal Philharmonic Orchestra).

“Neill is another brilliant musician who really listens and gives you space,” enthuses Marry. “His contributions are so tasteful yet subtle, his playing is awesome, he’s rock solid and I feel safe with him. Kate’s arrangements are so compelling and definitive, vividly bringing these stories to life. They are both inventive and intuitive players.”

The songs themselves cover a wide range of subject material from laments about disappearing village communities (Hoping To Be Saved) to the title track’s reflection on the duality of human nature. Two songs explicitly acknowledge the Waterson legacy: The words to The Honey and the Seaweed are fashioned from Lal Waterson’s original lyric, written out of love for her friend and co-writer Christine Collins and set down in the late 60’s in a book containing early Bright Phoebus songs. Velvet Yeller meanwhile utilizes Mike Waterson’s recording of Tam Lin to startling effect. “I got to ‘sing’ with him one more time by weaving him into this tribute, which he read before he died,” says Marry of the song.