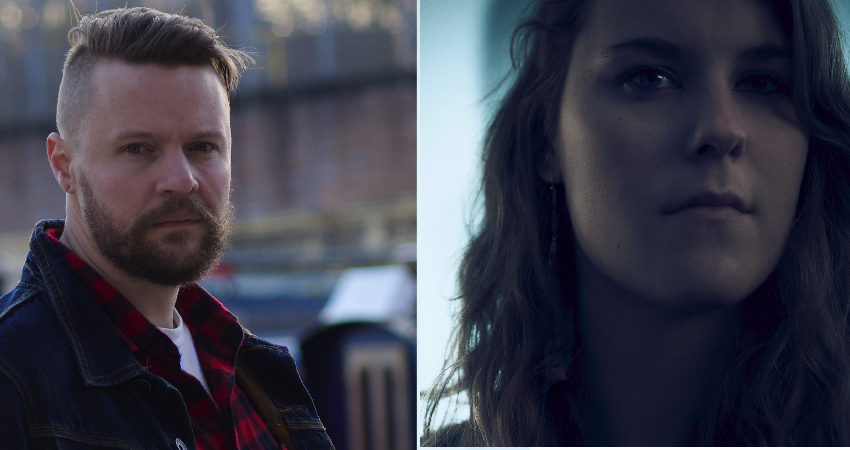 Mary-Elaine Jenkins’ music sounds like a premonition. Like sweat and perfume. Bourbon and salt water. Spanish moss on ruins. A product of her upbringing amidst the canopy of her Lowcountry family tree, Mary-Elaine carries herself as if she had never left the humidity of the coast. But she did. First Washington DC, then Spain, and now Brooklyn. Venturing far from home, time and space removed from her roots have further distilled Mary-Elaine’s distinctly Southern charm.

An acoustic bass guitar may not seem like an obvious choice as an accompaniment instrument, but Thom Ashworth shows that this distinctive instrumental voice can find a home in folk music, and that 4 strings are enough to delve into the canon of British folk music. Equal parts interpreter of traditional song and insightful political songwriter, the press has repeatedly compared him to Martin Carthy, Chris Wood, and Billy Bragg. This selection of luminaries doesn’t tell the whole story though – from the sparse lament of The City and The Tower to his muscular arrangement of High Germany, Thom’s inventive musicality and powerful tenor voice shine through.